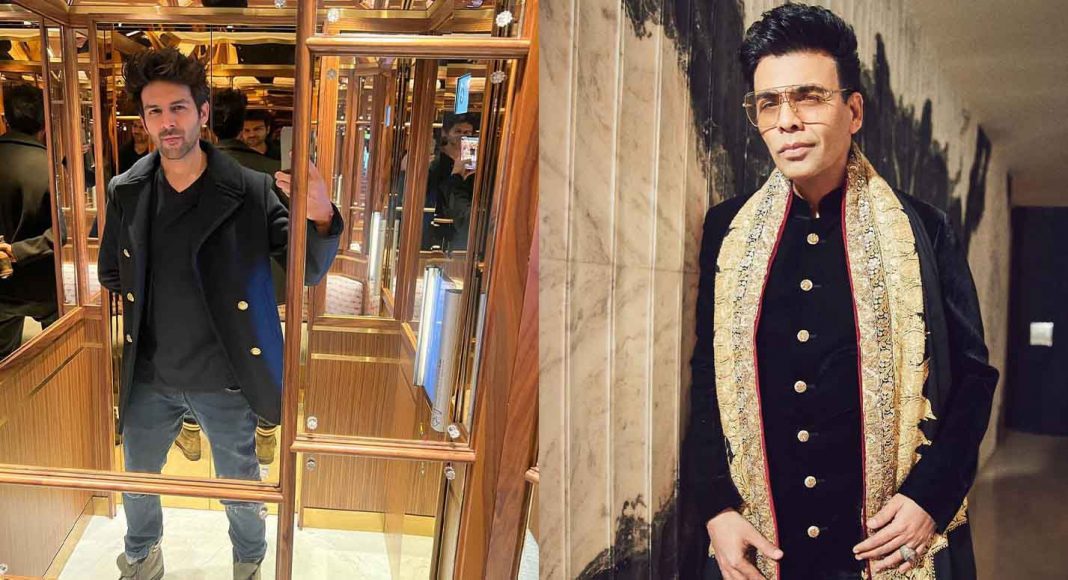 Kartik Aaryan’s good looks and acting skills make him one of Bollywood’s best actors. The actor’s fans love him unconditionally. He updates his fans on social media. Kartik’s abrupt departure from Karan Johar’s Dostana 2 made headlines. Kartik and the cast had filmed their scenes before the pandemic. For the uninformed, things went wrong, and the actor and filmmaker had a bitter split. Kartik has spoken out about the unprofessionalism allegations.

Kartik Aryan addresses his feud with Karan Johar
Kartik was asked why he left Dostana 2 on Rajat Sharma’s Aap ki Adalat. The actor said, “This happens sometimes.” I’ve never discussed this. My mother taught me that the younger person should never discuss a fight. I follow that and never discuss it.

Kartik was questioned about reports that he demanded more money and left the film when he was denied. The actor replied, “This is like Chinese whispers, a make-believe story.” I never left a film for money. I am greedy for scripts, not money. Kartik revealed that there had been a one-and-a-half-year hiatus and pre-planned script changes that could not happen. The actor said they are now friends, and Karan Johar congratulated him on the Shehzada trailer, which he returned. When the Shehzada trailer was released, Karan praised Kartik on Instagram.

Kartik Aryan discusses romance
When Rajat Sharma said that Kartik has set a new industry record by being linked to the heroine of every film he does, Kartik was speechless. The actor replied, “Sir, I will tell you the truth only, but I am thinking how many truths! I like coffee, so if someone invites me out, I go because I know they’ll have coffee. I’m generous, but that’s it. If two people are seen together, they are dating. I think they will say the same if I go out for coffee with you!

Kartik added that he now only dates producers. I am a single man who works for Sajid Sir. He said he didn’t have time for coffee.