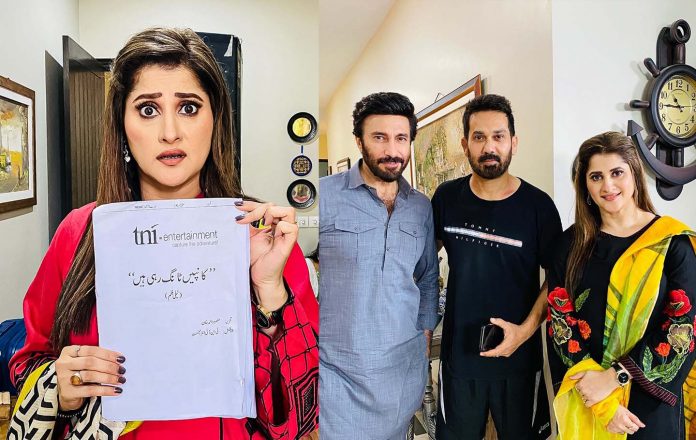 According to ARY Digital, which produced a telefilm on the viral event, the “Kaanpain Taang Rahi Hain” meme is still going strong.

Kaanpain Taang Rahi Hain is the name of the Eid-ul-Fitr comedy telefilm being made by ARY Digital. The telefilm is being directed by Mazhar Moin and produced by Zeeshan Khan and TNI Productions. Mansoor Ahmed Khan, on the other hand, wrote the screenplay for the Eid-themed television special.

Aijaz Aslam, Sahiba Rambo, and Hina Dilpazeer are among the Eid telefilm’s cast. During an interview with Dawn Images, Aijaz Aslam discussed the film’s plot. A married woman’s quest for financial success would be the focus of the show, he said.

She has tried several ideas, but none have worked.

“Kanpain Taang Rahi Hain” was used by the PTI members of the provincial legislature in an attempt to mock Bilawal Bhutto only a few weeks ago.

An apparent spoof on PPP Chairman Asif Ali Zardari, Sindh’s PTI MPAs yelled, “Kanpain Tang Rahi Hain.” Another slip of the tongue a Sindhi politician who has a hard time understanding local languages other than English is referenced here.

Pakistan People’s Party (PPP) Chairman Bilawal Bhutto has difficulty speaking Urdu because of his poor pronunciation and lack of vocabulary. His second or third language fluency frequently leads to his being mocked for it.