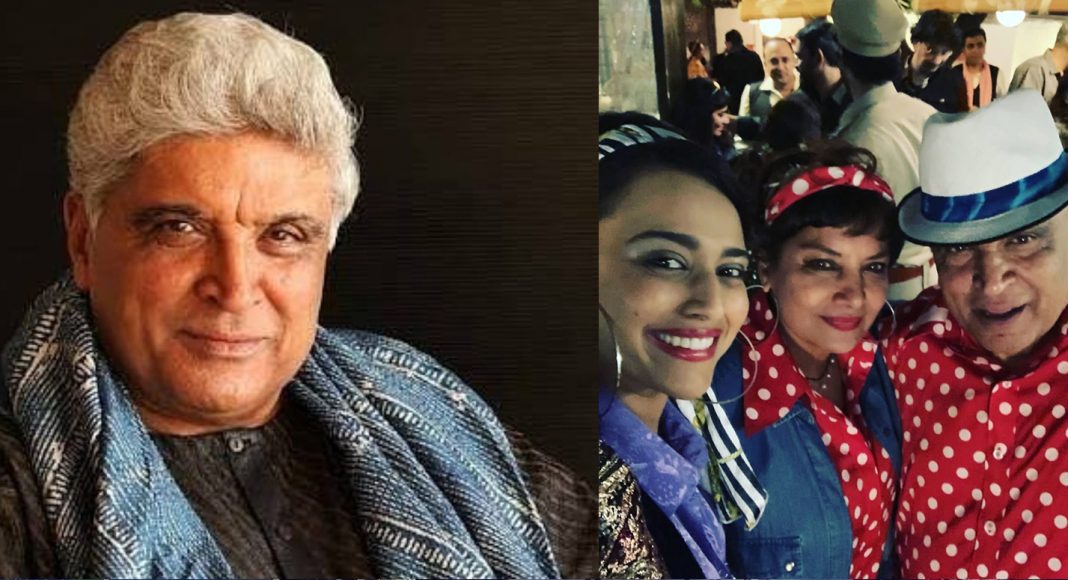 Javed Akhtar discusses the boycott mentality in Bollywood: “It’s only a phase.”

Brahmastra, Laal Singh Chaddha, and other recent releases have been targeted by online campaigns to discourage their audiences from seeing them. Javed Akhtar, a lyricist and screenwriter with decades of experience, has finally spoken out.

In the days leading up to the release of Laal Singh Chaddha, which stars Aamir Khan and Kareena Kapoor Khan, hashtags like # BoycottAamirKhanmovies and # BoycottKareenaKapoorkhan trended on social media. Movies like Laal Singh Chaddha aren’t the only targets of online campaigns to discourage their viewing. Many high-profile Bollywood actors and actresses have spoken out against the recent tendency of canceling screenings of movies like Brahmastra, Vikram Vedha, and Pathaan. In a recent interview, Javed Akhtar, in a similar dismissal, dismissed the boycott movements as a fad.

Bollywood has been experiencing a growing cancel culture and a growing boycott culture, and the renowned screenwriter and lyricist were recently asked about it. In an interview with ETimes, Javed Akhtar argued that a successful film will do well despite a boycott campaign. This, after all, is just a temporary phase. Incontestably, it fails to achieve its intended results. If the movie is well-made and well-received, it will be successful. It won’t succeed if the quality is poor or if the target audience doesn’t like it. For Javed Akhtar, “cancel culture” and “boycott announcements” don’t work.

Anurag Kashyap, in an earlier interview with Pinkvilla, has also discussed the rise of boycott movements on social media. As he put it, “I am used to it. Those whose movies earn more than Rs. 100 crore are impacted. The gross of my films has never been higher than Rs. 32 cr. This is old news to me. As far back as Twitter can be traced, I have been the target of a boycott. Put me on the spot with probing inquiries. “

Many people tried to get together to stop the release of Aamir Khan’s Laal Singh Chaddha. A former interview from a few years ago quotes the actor as saying, “Our country is fairly accepting, yet there are some who sow ill will.”