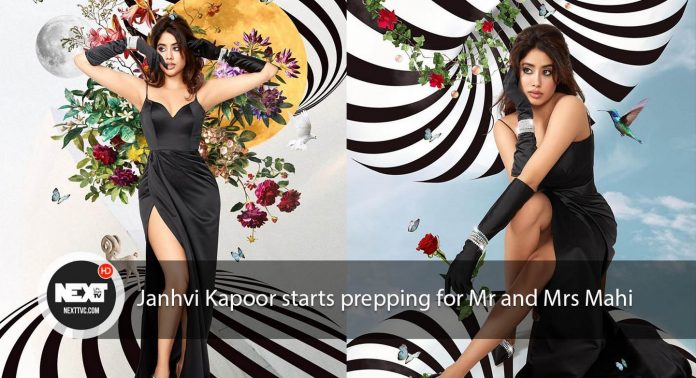 Janhvi Kapoor started practicing cricket at a camp in preparation for her next film Mr. and Mrs. Mahi. The film is a cricket drama that also stars her Roohi co-star Rajkummar Rao and is produced by Karan Johar’s Dharma Productions.

On Instagram, the actor posted images from the cricket camp, which included players Dinesh Karthik and Sharan Sharma, the film’s director. “Cricket camp #MrandMrsMahi,” the 24-year-old actor captioned the photographs.

In 2020, Sharan harma made his directorial debut with the film Gunjan Saxena: The Kargil Girl, starring Janhvi Kapoor.

Rajkummar Rao and Janvhi Kapoor portray Mahendra and Mahima, respectively, in Mr.and Mrs. Mahi. On October 7th, the film will be released in theaters.