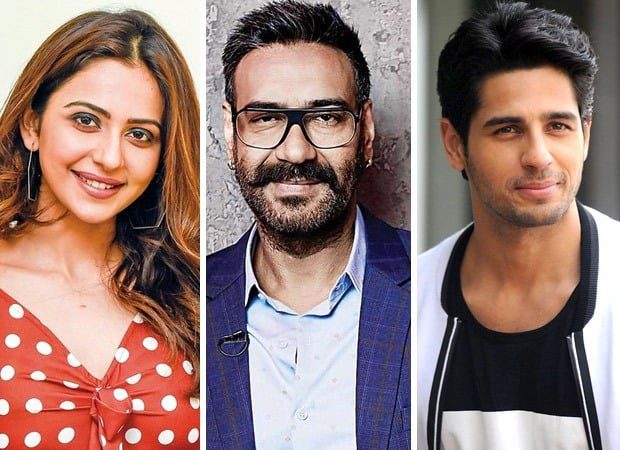 Ajay Devgn and Rakul Preet Singh’s De De Pyaar De, directed by Akiv Ali, was a prominent hit of 2019. Her last outing Marjaavaan alongside Sidharth Malhotra, on the other hand, did decent performance too. Moving on, filmmaker Indra Kumar is now set to bring Ajay, Sidharth and Rakul together in one film!

Indra Kumar’s association with Ajay Devgn started way back in 1997 when he signed the actor for his film Ishq. The director-actor duo last delivered us Total Dhamaal, in early 2019, which went on to be quite a success. No wonder Kumar is set to reunite with Ajay for a fresh project. But Sidharth and Rakul’s addition to the project is definitely going to give it a fresh twist!

While not much is known about the film yet, we hear the film will have a comic appeal, along with a social relevance. Rakul is likely to be seen as Sidharth’s love interest in the film. If everything works out, the film might roll in the early part of 2020.

Post a good 2019, Rakul has now also signed a film alongside Arjun Kapoor that will be directed by Kaashvi Nair. She also has John Abraham‘s Attack in her kitty.

Ajay, whose Tanjhaji: The Unsung Warrior is ready to release, has been working on a handful of projects including Bhuj: The Pride of India and Maidaan.