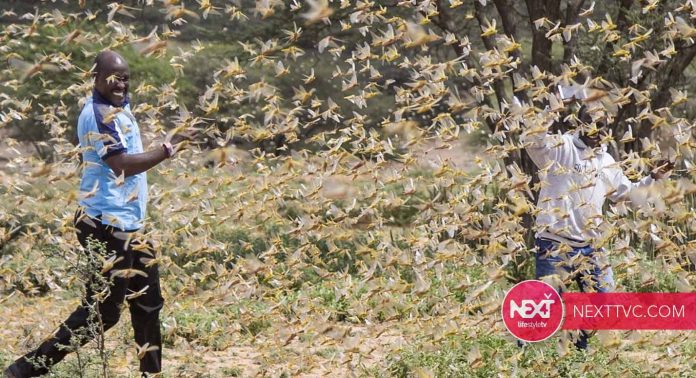 Just when you think the Indian media cannot stoop any lower, their investigative journalists, world-class anchors, and highly knowledgable experts dig out some of the greatest stories involving Pakistan.

If you are still not following Arnab Goswami’s shows, you are missing out on a lot of fun and C-grade Bollywood-type drama. He is the man who will spark the third World War as it will be fought in the studios of the Republic channel. Such is the impact and stature of the man.

The longer version of Arnab's expert comments on Pakistan's alleged locust conspiracy against India. If a @republic employee goes job hunting, what would they show as their journalistic achievement? pic.twitter.com/zwgoUtnfWi

Who can come up with claims of terror-trained locusts? Who, in the right state of mind, can label every pigeon crossing the border as a spy? You already know the answer. It’s the Indian media and Arnab Goswami.

In his show on Republic, Arnab Goswami has now claimed that terrorist locusts are infiltrating India from the Pakistani side of the border. With the help of locusts, Pakistan is conspiring against India as apparently, these swarms are meant to carry out terror operations in the country. Here’s the video and it comes with a trigger warning: your ears might bleed.