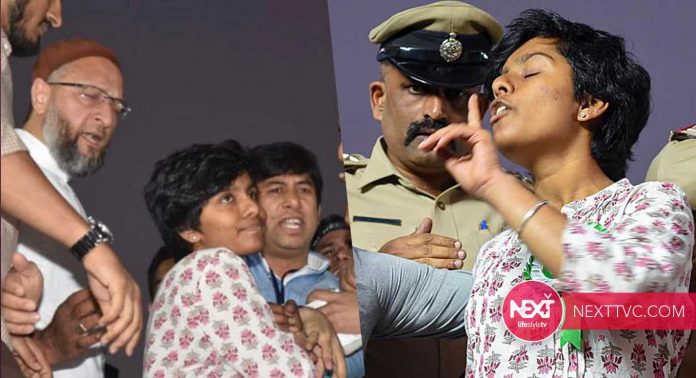 Miscreants pelted stones at the house of Amulya — the Indian girl who attracted fury at home and made headlines around the world for chanting “Pakistan Zindabad” at an anti-CAA rally — on Friday, according to Indian media reports.

A report in India Today stated that police officials had been posted at Amulya’s Chikkamagaluru house after it was pelted with stones by miscreants. The stones shattered a couple of windows of the house but no other damage had been done.

Amulya, who protested with the “Pakistan Zindabad” slogan, has been sent to jail on a 14-day judicial remand. Police have registered a sedition case against her.

#WATCH The full clip of the incident where a woman named Amulya at an anti-CAA-NRC rally in Bengaluru raised slogan of 'Pakistan zindabad' today. AIMIM Chief Asaddudin Owaisi present at rally stopped the woman from raising the slogan; He has condemned the incident. pic.twitter.com/wvzFIfbnAJ

Amulya Leona, was present at a ‘Save Constitution’ rally under the All India Majlis-e-Ittehad-ul- Muslimeen (AIMIM), where she was also invited to address the event.

During her speech, the girl asked the crowd to chant ‘Pakistan zindabad’ along with her.

At that point, the organisers of the rally sensed impending trouble and tried to snatch the mic away from the girl, but she defiantly held on.

Her father, speaking to an Indian news channel, expressed regret over her actions.

“What Amulya said is wrong. She was joined by some Muslims and was not listening to me,” he said.