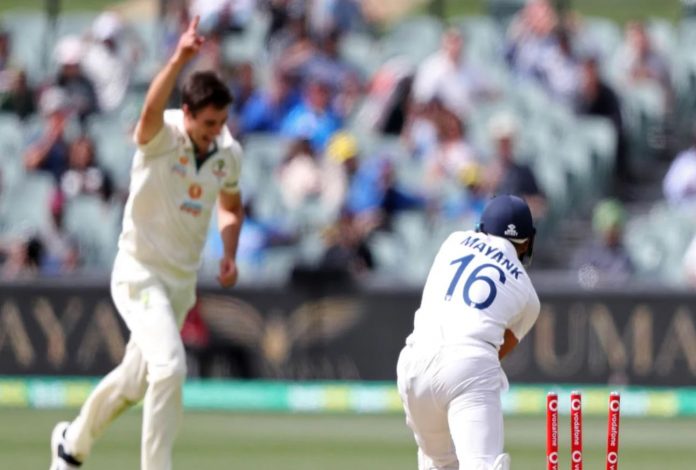 India recorded their lowest ever total in Test cricket when they were bowled out for just 36 runs against Australia in the first Test match at Adelaide. India started off the innings strongly with a lead of 53 runs after bowling Australia out for 191.

India resumed the innings on the third day on 9/1 after opener Prithvi Shaw lost his wicket in the last session of day 2. Within 2 hours of play on day 3, the innings ended with fast bowler Mohammad Shami retiring due to injury, adding only 27 runs to their overnight total.

Mohammad Shami’s injury piled on the problems for India as he will be unable to bowl in the fourth innings and his participation in the series has been put into doubt.

Australia requires only 90 runs in the fourth innings to take a 1-0 lead in the four-match Test series.

Josh Hazelwood and Pat Cummins ran a riot as they picked up 4 and 5 wickets respectively, turning the match on its head and providing a perfect opportunity for the new Australian opening pair to get a run in.

India’s captain Virat Kohli played his last innings of the tour, Kohli will not participate further in the series and will fly back to India for the birth of his first child. India’s already faltering batting line-up will have to find some answers quickly or else they are in for a long and hard tour.