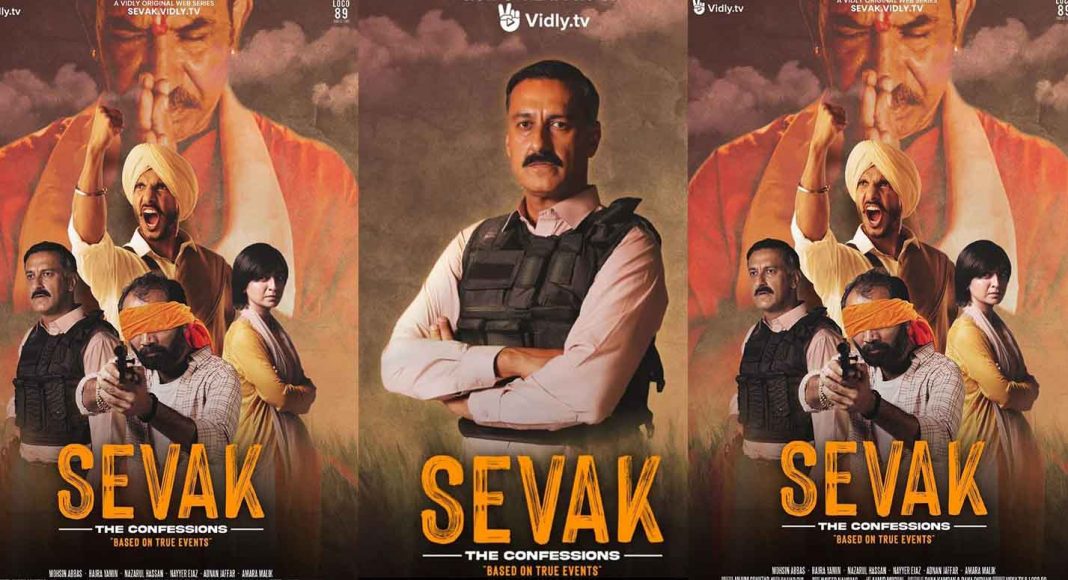 The Indian government further blocked all mediums of the Pakistan-based OTT platform Vidly TV for airing the series.

According to Hindustan Times, the Indian government has issued orders to immediately ban the Pakistani web series Sevak: The Confessions. It was further instructed to ban OTT streaming platform Vidly TV for airing the web series that allegedly disseminated anti-India content.

As per the order, the Ministry of Information and Broadcasting (MIB) noted that the web series aired on the OTT platform “was found to be detrimental to national security, sovereignty, and integrity, alongside the defense of India, the security of the state, India’s friendly relations with foreign states, and public order in the country.”

The ministry cited various elements in the online series as justification for this rejection. They said, “The web series portrayed an anti-India narrative on sensitive historical events and subjects of national importance. “For example, consider operation Blue Star and its aftermath, the demolition of the Babri Masjid at Ayodhya, the killing of a Christian missionary named Graham Staines, the Malegaon blasts, the Samjhauta Express blasts, the inter-state river water dispute related to the Sutlej Yamuna Link canal, etc.”

The center also said that Operation Blue Star was portrayed as a “massacre” of “innocent Sikhs.” The order went on to state that the conditions in Punjab during Operation Blue Star were deliberately portrayed with strong sectarian overtones, implying that the rioting and police action was motivated due to religious concerns. “All policemen in Punjab are depicted without turbans, sending a message that non-Sikh policemen label the Sikh population as Khalistani terrorists,” the ministry said.

The ministry also claimed that the series contained scenes that gave an inaccurate depiction of historic events. “Using religious symbols, the anti-Sikh riots of 1984 were shown to be an assault by Hindus against Sikhs,” the order added.

Next LifeStyle TV Channel is your source for entertainment, music fashion, news, culture, and community network website. We provide you with the latest breaking news and videos straight from the entertainment industry.
Contact us: [email protected]nexttvc.com
© 2023 NEXT TV INC. | Made with ❤ in Washington DC.
Go to mobile version