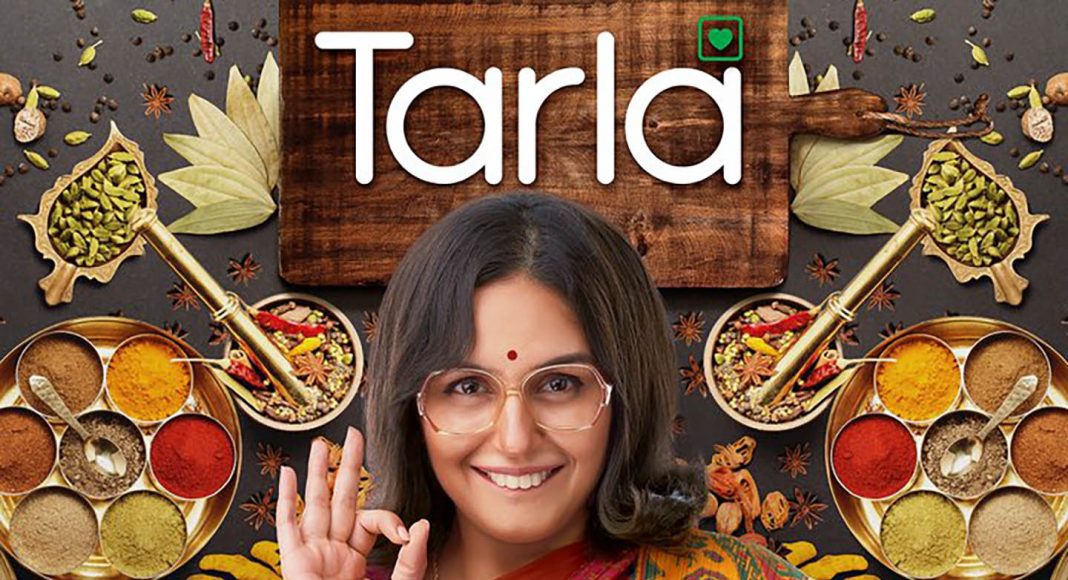 In the first-ever biopic on a chef, Huma Qureshi plays Tarla Dalal.

“Tarla’s narrative is a lot more than her being a renowned chef,” producer Ashwiny Iyer Tiwari said of the late chef and her desire to make a film on her life. It’s the story of a working woman who, on her own, revolutionized the face of vegetarian food in India and opened the road for many other home cooks and start-ups to follow in her footsteps.”

“Tarla Dalal reminds me of my childhood,” Huma says. My mother kept a copy of her book in the kitchen and would frequently try out dishes from it for my school lunch. I also recall assisting my mother in the preparation of Tarla’s handmade mango ice cream. This part has brought back pleasant childhood memories for me, and I am grateful to Ronnie, Ashwini, and Nitesh for believing in me to play such a powerful character.”

“Tarla Dalal revolutionised home cooking in India,” claims Ronnie Screwvala. Her tale is a textbook illustration of entrepreneurship, demonstrating that it is never too late to pursue your dreams. I’m really looking forward to working with Ashwiny and Nitesh again.”

“In a world filled with countless biopics on every epic individual, a biopic on Tarla Dalal was long-awaited,” Nitesh Tiwari adds, adding to his experience. We hope that her tale will inspire many more young entrepreneurs who wish to run their own businesses from the comfort of their own homes.

“I am happy to have the opportunity to illustrate Tarla Dalal’s life on screen,” says Piyush Gupta, who has written for films such as Dangal and Chhichhore. As a foodie myself, my goal is to make this video a feast for all foodies.”

Tarla Dalal was a culinary writer, chef, cookbook author, and cooking show host from India. In 2007, she became the first Indian to get a Padmashree award in the field of culinary abilities. For the first time in Bollywood, a chef’s life narrative would be depicted on screen. The late chef, who was known for her delectable meals, was an inspiration to all cooks, and her cooking instructions may still be found in every chef’s food pantry. Her “desi nuskhe” are still talked about in every Indian household, and she is generally credited with refashioning vegetarian cuisine in India.

Tarla, a film written by Piyush Gupta and Gautam Ved and produced by RSVP and Earth Sky, is all prepared to take you on a culinary adventure.