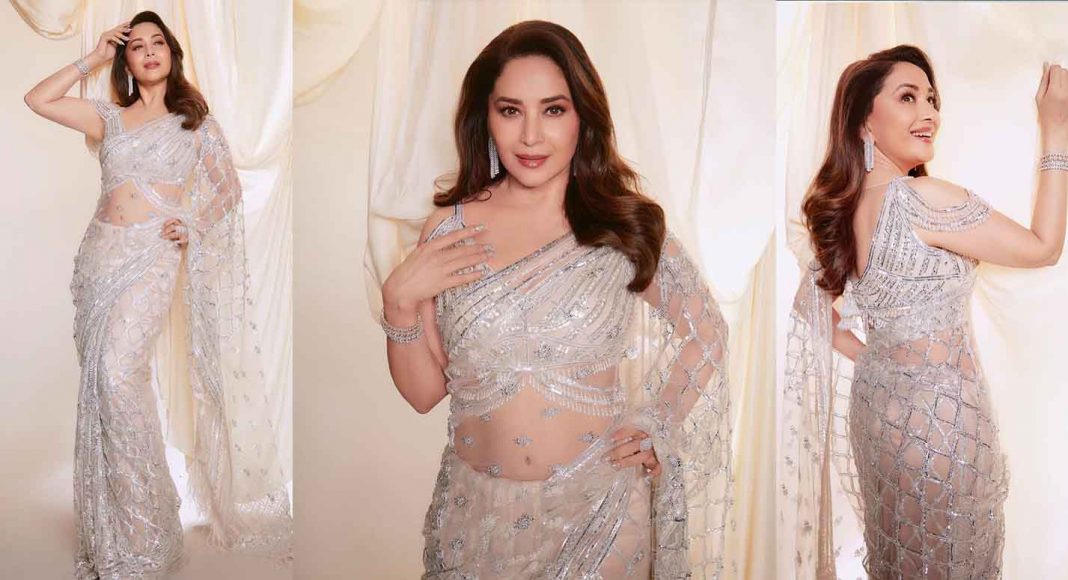 The actor was spotted dancing to the viral song that swept Pakistan.

On Saturday, Dixit uploaded a video to Instagram with the title of the track as the caption. Maja Ma’s actor was absolutely stunning in a beautifully embroidered white saree as he swayed to the infectious beat of DJ Usman Bhatti’s remix. Some of her fans liked the way she danced, but others made fun of her for copying a trend from Pakistan.
Before the season finale of the dancing competition show Jhalak Dikhhla Jaa, which Dixit has judged for many years, she posted photos of herself on social media wearing the same saree. The Indian fashion designer Falguni Shane Peacock created the seven yards of sequined fabric that the veteran actor wore. Dixit wore a bracelet and a ring, as well as a pair of dangling diamond earrings, to complete her ensemble. Her appearance was boosted by her glam makeup, flushed cheeks, and loose hair.

Sajjad Ahmed - February 4, 2019
A young Manhattan dietitian hanged herself in her West Village apartment after posting a suicide note online in which she apologized to her mom...