“I have been battling chubbiness for the longest While” – Arjun Kapoor

Actor Arjun Kapoor is on a career-high after scoring with his latest outing Sandeep Aur Pinky Faraar. Arjun, who has lost a considerable amount of weight that has caught everyone’s eyes, says that he is finally feeling happy after a couple of years, and reveals his emotional journey to battle obesity and body shaming on social media.

Arjun says, “I’m really and it’s a special feeling because it has been a couple of years since I have felt this way. I’m grateful to audiences and critics for loving my performance in Sandeep Aur Pinky Faraar. The success of this film meant a lot for me personally and has charged me up for the future that lies ahead of me as an actor. I have been able to achieve a better physique and I credit my state of mind to be a huge factor for this to happen.”

Arjun admits that he has had a tough time reigning his mind to think positively as he struggled with obesity since his childhood. He says the internet is also a toxic place and shaming someone without understanding what he/she might be going through has become a sad culture today.

He reveals, “My underlying health condition has always made it a struggle for me to constantly stay a certain size. Not many know but I have been battling obesity for the longest time. I was just not a fat kid, it was an issue. It hasn’t been easy. While I have been criticized a lot for my physique, I have taken it on my chin because people expect actors to be seen in a certain body type. I understand that. They haven’t understood the struggle that I have gone through and it’s ok. I have to only prove to myself and to people who believe in me.”

Arjun further elaborates saying, “My condition makes it unique for me to achieve quick results. The transformation people can achieve in a month, it takes me 2 months to do so. So, I have single-mindedly focussed on myself for a year to achieve my current body type and I desire to only get fitter and better. This journey has really motivated me and shown me that nothing is impossible. I just have to keep at it, no matter what. Unfortunately, shaming has sadly become a part of our culture and I can only hope that we get better as a society. Yes, I still have hope.” 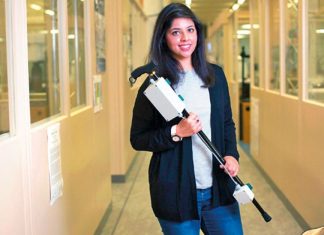