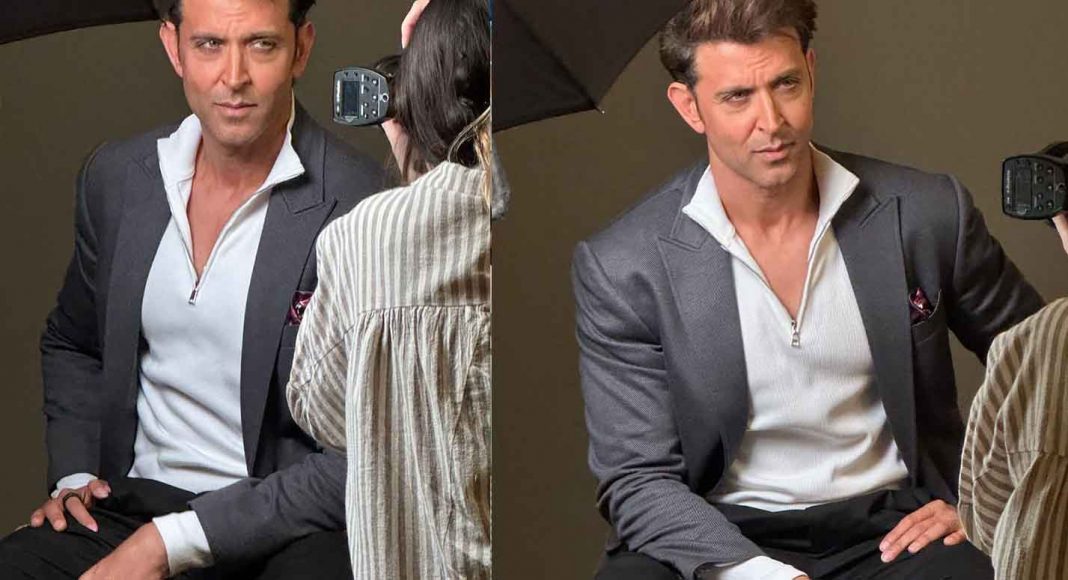 Hrithik Roshan was on the “verge of depression” after the war; five other stars talked about their mental health.

Hrithik Roshan told his fitness trainer, Kris Gethin, that he was close to depression and had adrenal fatigue after the war.

Hrithik Roshan is irrefutably one of the fittest actors in Bollywood. The actor can give the youngsters a run for their money when it comes to physique, and just a few days ago, he flaunted his chiseled 8-pack abs, leaving social media in a frenzy. Recently, in an interview with his fitness trainer Kris Gethin, Hrithik Roshan opened up about his transformation, balancing his work, lifestyle, diet, and more. He also shared that he wasn’t feeling well while shooting for WAR and that he was on the verge of depression. Not just Hrithik, but many other Bollywood actors, such as Shraddha Kapoor, Alia Bhatt, Deepika Padukone, and others, have opened up about their struggles with mental health.

Hrithik Roshan admits to being on the verge of depression following the war
Hrithik Roshan shared that he wasn’t feeling well while filming WAR and that he initially thought it was his age. “I thought it was my age; it was my body.” I thought I was dying. “Like some of the nights when I came back home, I was not sure if I’d wake up in the morning,” said Hrithik. When asked why he felt so, Hrithik said, “I was not prepared for the film.” “I was not up against a really big challenge.” He said that he was striving for perfection and was scared that if he didn’t do that, ‘people would know I’m not that good.” “I was destroying something inside while trying to achieve that perfection, and I think that took its toll, both mentally and physically, because after the film I went into adrenal fatigue and, for 3–4 months, I just couldn’t train.” I wasn’t feeling good. “I was almost on the verge of depression.” “So I was completely lost, and that’s when I knew that I needed to make a change in my life,” he said.

Shraddha Kapoor on battling anxiety issues
Shraddha Kapoor opened up about her anxiety struggles in 2019. She said that she didn’t even know what anxiety was for a long time and that just after meeting Aashiqui, she started feeling physical symptoms of anxiety. “There’s this pain happening where there was no physiological diagnosis.” We had so many tests done, but there was nothing wrong with me in the doctor’s report. It’s bizarre because I kept thinking about why I was getting that pain. “Then I kept asking myself why that was happening,” she said. She further added that accepting it as a part of herself and approaching it with love made a big difference for her.

Deepika Padukone spoke about her depression in a conversation with Meghan Markle
Deepika Padukone was a guest on Meghan Markle’s Archetypes podcast, during which she opened up about her battle with depression. She revealed that everything was going well for her at the time, both personally and professionally, and that the symptoms of her depression appeared out of nowhere. “I woke up; I fell.” My blood pressure dropped. And then the next thing I knew, my life just felt meaningless. I didn’t want to live anymore. I didn’t want to get out of bed. And I struggled with this for many, many months. “I would just break down at the drop of a hat,” she said. She added that she just kept crying and had a feeling of hopelessness. Deepika also shared that she sought help and decided to reach out to a counsellor within her family and friend circle.

Alia Bhatt on facing bouts of anxiety
In an interview with Filmfare back in 2019, Alia Bhatt shared that she had been facing bouts of anxiety that would come and go. She said that while it’s not like an anxiety attack, she just feels really low. “Thankfully, I’m aware of it because of my sister Shaheen. She’s fought depression. I’ve read her book. “No matter how bad it is, I just let myself feel it,” she said. She added that she talked to her friends about it. “Everyone told me that you’ve got to realise that it will go away.” What’s important is to accept it and not say that you’re fine. “If you’re not feeling fine, then you should just say that,” said Alia.

When Karan Johar talked about having an anxiety attack
In 2016, Karan Johar opened up about a phase in his life during which he was depressed. In a conversation, he said, “When I went through that phase, I thought I was getting a cardiac arrest.” I felt it in the middle of a meeting two and a half years ago, so I excused myself and rushed to the doctor. He then said, “I am having an anxiety attack.” Following that, I saw a psychologist. Then I realized that I had some internal issues to deal with, which got built up to such a point that it resulted in anxiety.

Karan Johar shared that he sought treatment and took anti-anxiety medication for it. A year and a half later, he realized he was in a much better place.