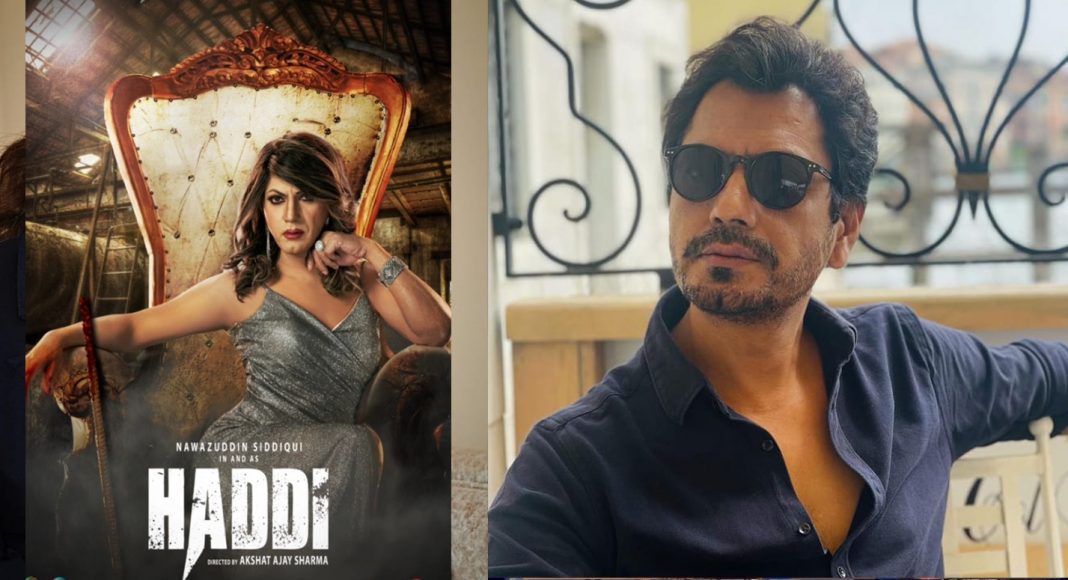 To be released in 2023, Haddi features a drag version of Nawazuddin Siddiqui who, at first glance, is unrecognizable.

Nawazuddin Siddiqui is widely regarded as one of India’s best actors, and he has not only made a name for himself in India but also in Hollywood. Nawazuddin has given his devoted audience an incredible backlog of films to watch in their pursuit of filmmaking perfection. The actor has returned to his internet-dominating ways with the release of a new project today, titled Haddi. The audience is more interested in the role now that the actor has changed into a drag queen for it.

Nawazuddin is shown in the moving poster wearing a grey shimmering gown and a long hairstyle while striking a confident pose while seated on a sofa. A bloodstained iron rod is placed next to him. The actor posted it to his Instagram with the statement, “Crime has a new avatar.” The production of the black comedy/vengeance drama # Haddi has begun.To be released in 2023 by “AkshatAjay” @rajeshrosesh #SaurabhSachdeva @ShreeDharDubey @jayoza257 @ravibasrur @sanjaysaha06 @iamradhikananda #AnanditaStudios @ ZeeStudios @ZeeMusicCompany @zeecinema @WallsAndTren

Many of Nawazuddin’s admirers immediately flocked to the comments section after he debuted his first image to shower him with praise. A user wrote: “Wow !! This is quite intriguing. What a thrill, sir! All the best. ” Another person said, “This totally blew my mind.” Filming is underway, and the movie will hit theatres in 2023. The moving poster was widely disseminated with the caption “Crime has never looked this good before.”

The Sacred Games actor stated of the role, “I have portrayed numerous interesting characters, but Haddi is going to be a unique and exceptional one since I will be sporting a never-before-seen look, and it will also assist me to push the envelope as an actor.” The director of Haddi is Akshat Ajay Sharma, and the production company is Zee Studios. It’s co-written by Akshat Ajay Sharma and Adamya Bhalla.

Sajjad Ahmed - February 27, 2022
Russia launched its most massive attack on a European country since World War II on Sunday with a push into the country's second-largest city...