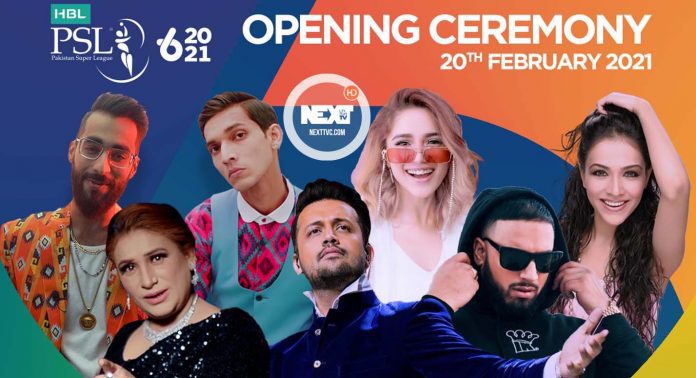 The HBL Pakistan Super League 6 will start with a glittering opening ceremony on 20 February with an entertainment-packed event which will include renowned artists including Atif Aslam, Imran Khan, Humaima Malick and the HBL PSL 6 Anthem artists: Naseebo Lal, Aima Baig & Young Stunners. 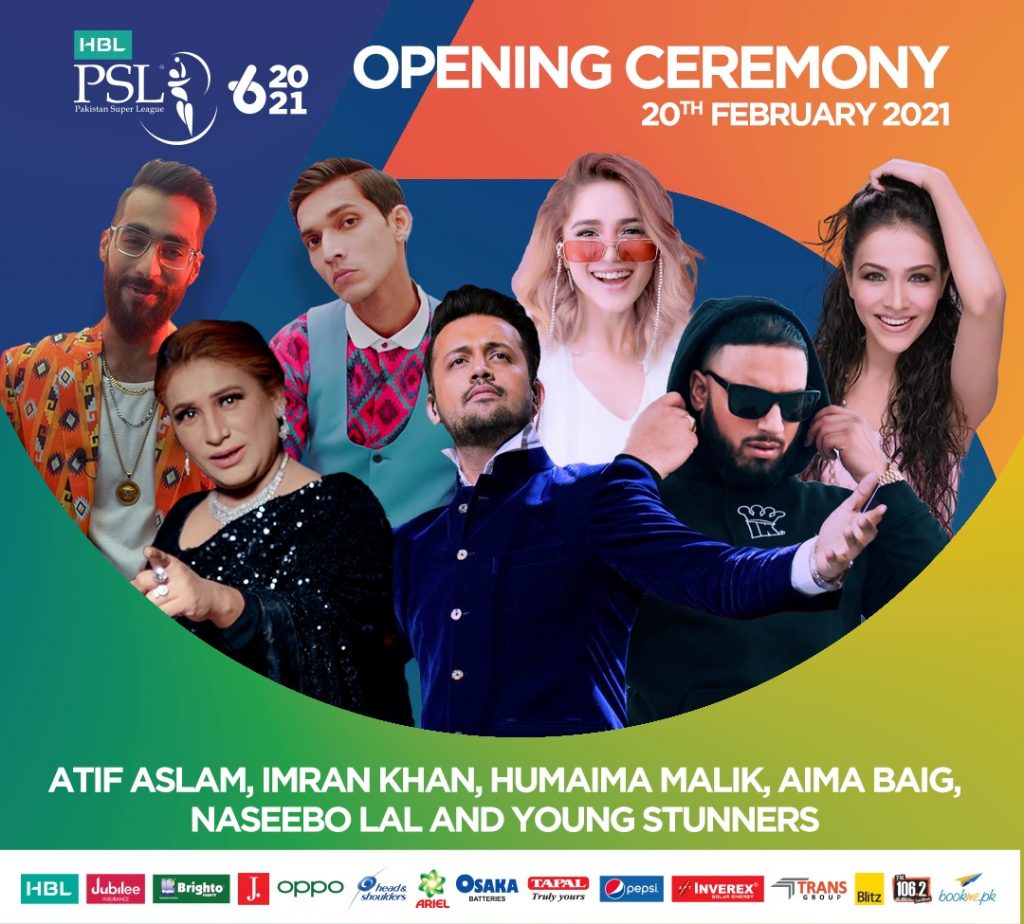 Internationally acclaimed singer Atif Aslam will be making his first appearance in the HBL PSL opening ceremony, the league has been launched every year with a colourful opening ceremony since its inception in 2016.

Renowned rap artist Imran Khan will also be making his debut at the HBL PSL stage.
The HBL PSL 6 opening ceremony will be have some parts filmed offshore in a specially designed studio space in Turkey.

The first four ceremonies were held at the Dubai International Stadium while the 2020 opening ceremony was staged at the National Stadium Karachi, and the same venue will play host to the 2021 ceremony.

Victory in Lahore brings up the 💯 for Pakistan@TheRealPCB are the first men’s team to reach a century of T20I wins pic.twitter.com/mBJ5RqClxh

As has been the tradition in earlier editions, the opening ceremony will be followed by the first-match of the season, defending champions Karachi Kings will play Quetta Gladiators in the night match.

“This year promises to be really exciting especially the state-of-the-art technology being used to create this experience for Pakistani fans.

As always, the excitement of the opening ceremony is further raised with the opening clash of the tournament, and the people in Karachi, I am sure will look forward to see Karachi Kings and Quetta Gladiators take the field as they both enjoy a huge fan base in the city. The ceremony will be aired on PTV Sports & Geo Super. The opening ceremony start time will be revealed in the coming week.