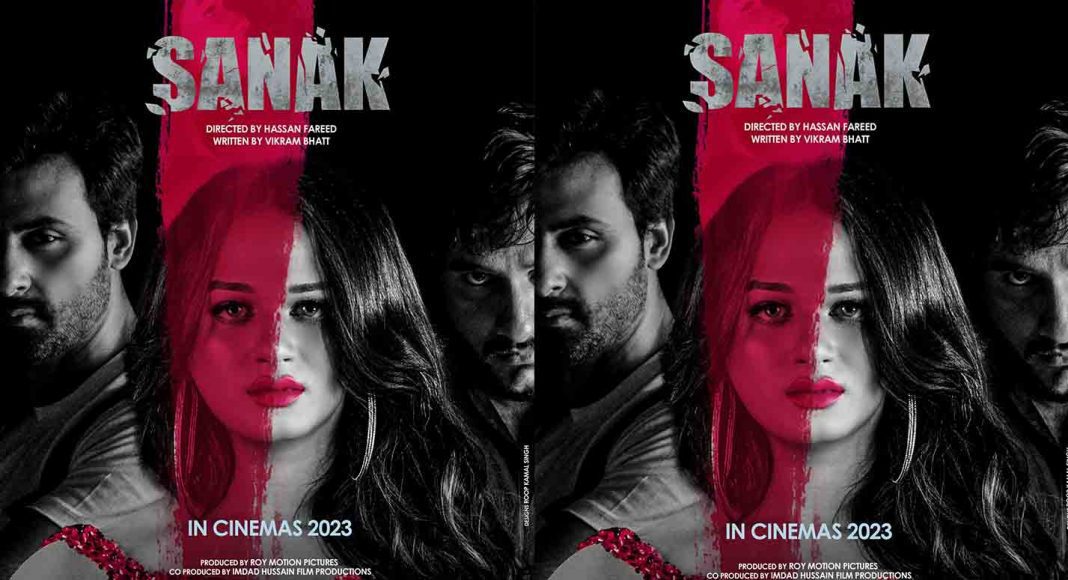 For Pakistani cinema, “Sanak” is a first: a physics-based suspense film.

There have been many positive responses, and the buzz appears to be very successful. A sequel is being filmed by Roy Motion Pictures, and information will be made available soon.

Shyraa Roy is one of the main actors, and many others, like Javed Sheikh, Resham, and Neelam Munir, show up in small roles.

When asked for more information, Vikram Bhatt said, “This is my most ambitious project ever because I’m writing for Pakistani cinema.” “I strongly believe the audience will enjoy the film as we have put a lot of thought into the screenplay development.”

Among the many projects Shyraa Roy has worked on as a producer or co-producer are the award-winning music video “Kamli,” the indie film “Raat,” the documentary “Duniya,” and the Indian web series “Hello Shabnam.”

Shyraa has been nominated for and won over 25 awards at international film festivals. She is also highly regarded as a producer, singer, and actress in the UAE’s media community.

Sajjad Ahmed - November 11, 2020
Taking to Twitter, the US Embassy Islamabad issued a clarification, claiming that its Twitter handle was accessed without authorization and it does not endorse...