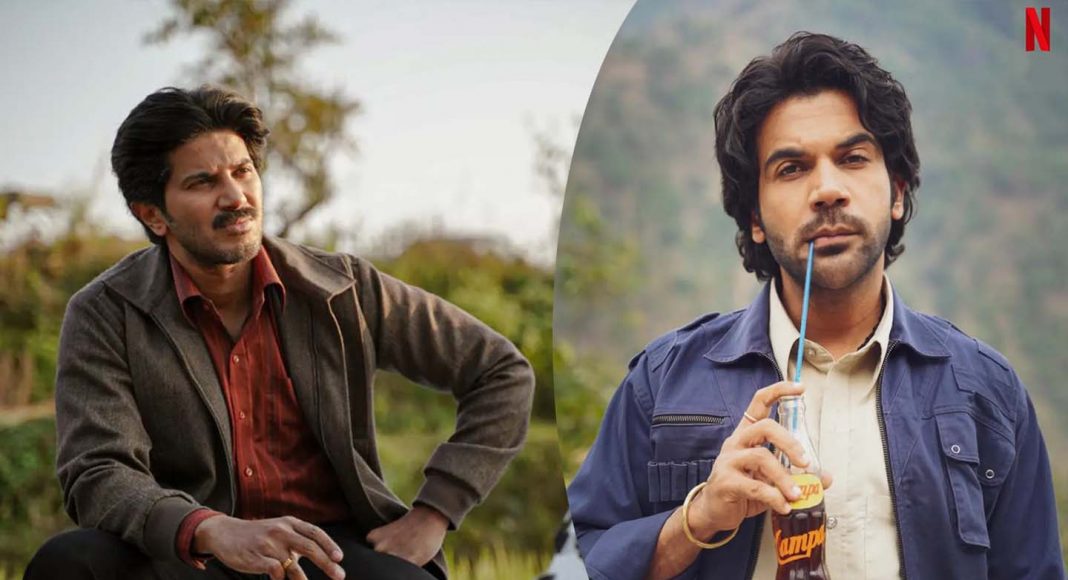 First Visuals of ‘Guns & Gulaabs’ have been released by Netflix.

Love, crime, and innocence are all intertwined in this fast-paced, 90s-inspired criminal thriller.

“Guns & Gulaabs,” a new Netflix original film from the writing and directing team Raj & DK, had its first official look on Tuesday.

Actors such as Rajkumar Rao, Dulquer Salman and Adarsh Gourav are expected to star in the series.

In addition to sharing the performers’ first images, Netflix also unveiled their outfits.

Take a trip back in time with me by fastening your seatbelts and buckling up.” Salman posted a photo on Instagram with the message, “Here’s presenting my first outfit from ‘Guns & Gulaabs,’ my first webseries and my first collaboration with the brilliant pair Raj and DK.”

Photos released by the streamer and Rao’s Instagram account show him drinking from a Campa bottle. Rao is also making his series debut on the program.

“Guns & Gulaabs” is my first Netflix series, and I’m ecstatic to share the first peek with you. Make sure you’re ready because I’m back in my 90s avatar and ready to blaze! As the actor captioned his photo: “Prepare yourself for a thrilling voyage packed with crime, love, and ‘dhamaakedaar’ punchlines.”

A new “world of crime, romance, and comedy” was also promised by Gourav.

“Guns & Gulaabs” is the brainchild of Raj and DK’s production company, D2R Films. “A wonderfully wicked story of crime, love, and innocence,” according to the official synopsis. “A fast-paced crime-thriller with a dash of Raj & DK’s brand of humor.”

Also playing pivotal parts in this show are Gulshan Devaiah and TJ Bhanu.

Umar John - October 26, 2019
Jasdip Singh Jesse - Chairman Sikhs of America and Sajid Tarar - Chairman Muslims of America Congratulate All the Sikhs Community and Thanks to...