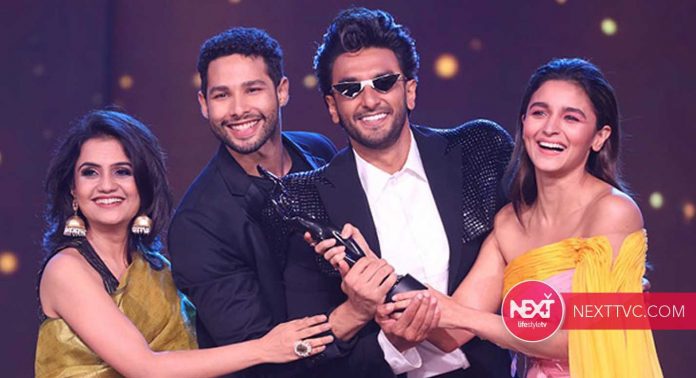 Wikipedia, owned and supported by Wikimedia Foundation, is a website that is curated and managed by volunteers all across the globe. That means anyone can go and edit the pages. The page for Filmfare awards is a detailed one and lists the history of the awards, its journey to date and records like most awards won by a single film, most nominations and so on.

Somebody edited the Filmfare page on Wikipedia, labeling Gully Boy’s awards as ‘paid’. 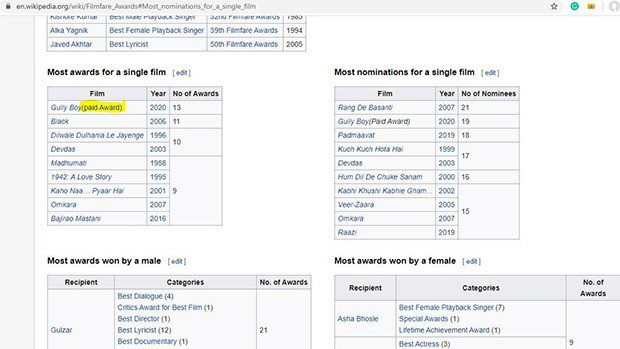 The 65th Filmfare Awards that took place on Saturday in Guwahati, Assam saw Zoya Akhtar’s Gully Boy go home with the majority awards including Best Film, Actor and Actress. However, not everyone was happy about the awards and one individual took to Wikipedia to express his disappointment.

While Gully Boy failed to make it to Oscars nominations, it looked like it kind of made up for the loss by winning nearly all the major awards at Filmfare. By winning 13 awards, Gully Boy overtook Rani Mukherji and Amitabh Bachchan’s Black, which had been honoured with 11 awards in 2006.

This clearly did not go down well with several cinema lovers who took to social media to express how deserving films like Article 15, Super 30 and Mard Ko Dard Nahi Hota were not given their due. Post the awards ceremony, Kesari lyricist Manoj Muntashir who was nominated for Best lyrics vowed never to attend awards after his song ‘Teri Mitti’ lost to Gully Boy’s song ‘Apna Time Aayega’.