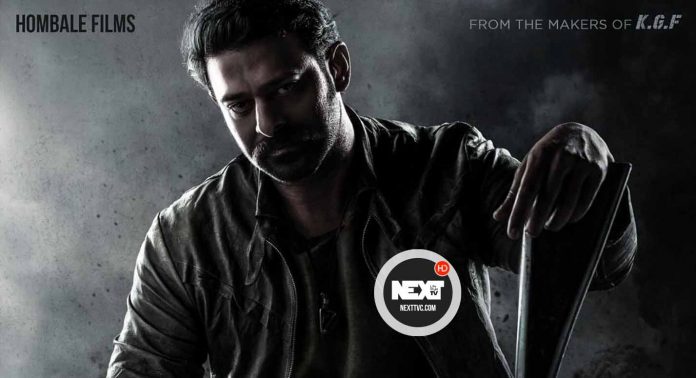 A few days ago, Hombale films announced that they will be announcing the biggest film of 2021. True to their promise, the makers on Wednesday announced their next starring Prabhas. The film will be helmed by Prashant Neel who is also directing the KGF series.

Hombale Films took to their Twitter handle to announce the film along with the first look poster of the actor. In the poster, Prabhas is seen posing with a gun. Wearing a leather jacket, the actor is seen with a serious expression.

Announcing the film, they wrote, “#Prabhas in #SALAAR. THE MOST VIOLENT MEN.. CALLED ONE MAN.. THE MOST VIOLENT!!
Revealing our next Indian Film, an Action Saga. @VKiragandur @prashanth_neel”

#Prabhas in #SALAAR
THE MOST VIOLENT MEN.. CALLED ONE MAN.. THE MOST VIOLENT!!
Revealing our next Indian Film, an Action Saga.@VKiragandur @prashanth_neel pic.twitter.com/RqaIPwSUiB

Inspired by Vijay’s and Prashanth’s school of cinema, the much-awaited actioner is expected to be unlike any other film ever being made before. According to insiders, the makers were in talks with Prabhas for this special collaboration since a long time.

“For us at Hombale Films, cinema is an expression that transcends all barriers of geography and language. The audience response to our efforts of KGF Chapter 1 greatly encouraged our entire team. I am excited about our new venture and hope that you will continue to welcome us with the same love that you have shown us till now!”

Director Prashanth Neel also opened up about the same and shared, “I’m extremely thrilled to join hands with Mr. Vijay Kiragandur and our very talented Prabhas. We were in talks for quite sometime about the project and now when it’s finally happening, we are all geared up to present one of a kind actioner to our audiences. They are definitely going to see Prabhas in a never seen before avatar, which am confident cinema fans will love. Hombale Films have always backed solid stories and given blockbusters like KGF and Raajakumara, hence this is going to be bigger than anyone has ever seen. I’m really honoured to be directing the film.”

In addition to this, man of the hour Prabhas further stated, “I’ve always wanted to work with Hombale Films and having Prashanth Neel as the director for our film, I don’t think there can be a better and more exciting opportunity for me as an actor. This is a very exciting film and my character is extremely violent, so this is something I haven’t really done before. It’s a Pan-Indian film and I can’t wait to be on the sets already.”