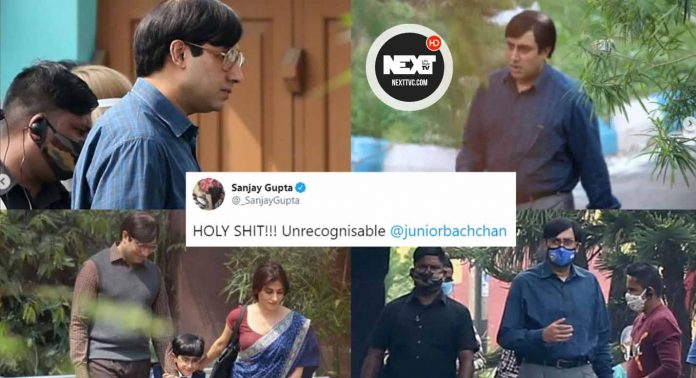 Abhishek Bachchan and Chitrangda Singh resumed the shooting for Bob Biswas after nine months of wrapping the first schedule of the film. On Monday, both the actors headed to Kolkata to begin the next schedule.

Abhishek and Chitrangda resumed shoot on Wednesday in Kolkata and will be in action till December 9. In the film,

Abhishek plays a contract killer. In the pictures from the sets of the film, Abhishek is seen dressed in a plain blue full sleeves shirt and baggy trousers. He is wearing a pair of spectacles and has mid-parted hair.

The film is a spin-off of Bob Biswas character essayed by Saswata Chatterjee in the superhit film Kahaani starring Vidya Balan. The film is bankrolled by Gauri Khan, Sujoy Ghosh, and Gaurav Verma, a directorial debut for Diya Ghosh and written by Sujoy Ghosh.