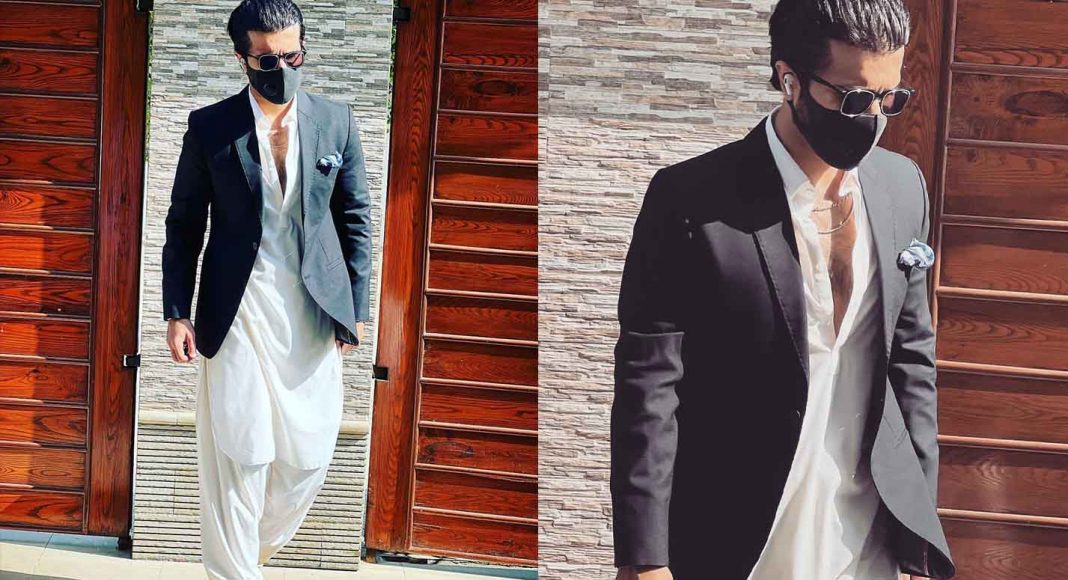 Feroze Khan is suing OKB, Sarwat Gilani, and other celebrities for defamation, seeking damages in the amount of Rs 20 million.

It was recommended by the actor's legal team that Sultan either withdraw her allegations of abuse, provide evidence, or pay Rs 30 million in damages.

On Tuesday, Feroze Khan sent defamation notices to a number of musicians for making unfounded allegations about the actor. A representative for the actor said, “Defamation legal notice has been served by my legal team to those for sharing false and baseless allegations,” which he tweeted out.

After Syeda Aliza Sultan, Khan’s ex-wife, accused him of physical and psychological abuse during their four-year marriage last year, several celebrities came to her defense. A lot of famous people spoke out in favor of her and demanded that Khan be held accountable.

“The artists that have been served have made several false claims on social media, directly or indirectly about Feroze Khan,” Jagirani told the media outlet. “We have notified Feroze Khan’s contemporaries of our intention to sue them for defamation, giving them the opportunity to respond to the allegations.” “Provide evidence to back up your assertion or publicly apologize.”

The legal representative for Khan also disclosed, “You can’t do whatever you want in the present day because of the prevalence of social media.” To ensure that justice is served quickly, we have taken the necessary legal action. “We have proof that these people actively participated in a coordinated effort to harm Feroze Khan on social media.”

The defendants are accused of making “false and defamatory statements on social media against their client, Feroze Khan, without any proof or evidence,” according to a copy of the legal document obtained by The Express Tribune.

“Baseless allegations were made for which no official FIR was launched, leading to defamation and character assassination as a result of which my client is continuously suffering from a financial loss of approximately Rs 20 million and mental torture since September 21, 2022,” the legal notice continued.

The notice explained that Khan and Sultan are in the midst of a custody battle over their two children. The Tich Button star’s lawyers insist that there is no domestic violence case involving Sultan currently before the courts. My client was the target of multiple false, fabricated, and concocted allegations of domestic abuse made by “party number 1” (Sultan), which were made “purely on mala fide intentions and with the ulterior motive of destroying his professional career,” the notice read.

The lawsuit then tells the artists that the defendants have made online comments about Khan without providing any evidence or even asking for confirmation. The document claimed that beginning in October, “they [defendants] made defamatory statements and comments in interviews and press conferences.” “It caused the actor a lot of pain, and he took a lot of heat from the public as a result of your unfounded accusations.”

Finally, Khan’s legal team demands that the defendants either issue a formal written apology and produce evidence of abuse or else pay the amount in damages. Attorneys for the actor have demanded that Sultan either retract her allegations of abuse, present evidence or pay Rs 30 million in damages if she does not. Khan’s attorneys have asked the artists to publicly apologize to the plaintiff or pay Rs 20 million in damages. The deadline for the defendants to respond has been extended to the 15th day.

The allegations of abuse against Feroze are false, he says

Khan had previously made an announcement after purported abuse documents and photographs of Sultan went viral online. It reads as follows: “I, Feroze Khan, vehemently deny any and all baseless, malicious, and untrue allegations which have been leveled against me and are circulating on the social media rumor mill.” “He revealed as much in an Instagram tale.” “There is no truth or reality to these allegations.”

He also said, “I fully intend to institute legal proceedings against the perpetrators of these actions, and I have instructed my legal team accordingly.”

To continue, Khan said, “I want to make it perfectly clear that I have never intentionally caused harm to another person and that I have always acted within the bounds of the law.” “I have a firm and unwavering commitment to the protection of the rights of every person living on Earth.”

An official divorce announcement from Feroze

Last year, the Habs star weighed in on Sultan’s earlier statement via social media. An excerpt from the actor’s letter reads, “As a law-abiding citizen of Pakistan, I have full confidence in the justice of the court.” “We divorced on September 3, 2022, and on September 19, 2022, I filed a family law case in the eighth family judge district of East Karachi, Pakistan, seeking custody and visitation rights for my children, Sultan and Fatima.

He continued, “Today, September 21, 2022, the Court heard both parties, and he [the judge] even let me spend half an hour with my kids, Sultan and Fatima. The case was then postponed until October 1, 2022, when the court will resume hearings about my visitation rights and other related matters so that I can continue to see my children.