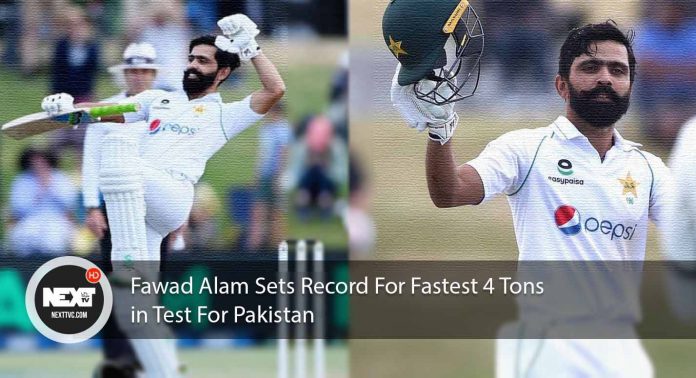 Sir Fawad Alam scored a century in the first Test match against Zimbabwe, helping Pakistan to an innings and 116 runs victory.

Fawad was recalled to the Test side last year after an absence of more than ten years from the international side. He has since gone on to establish himself as a crucial part of the Test middle-order, scoring three Test centuries after comeback.

He achieved the feat in only 18 Test innings, surpassing former middle-order batsman, Saleem Malik, who scored it in 24 innings.

“Fawad also became the first Asian and overall the sixth batsman in the world to convert his first four half-centuries into centuries.”

Renowned cricket statistician, Mazher Arshad, revealed that Fawad is the first batsman since 1966 to reach a unique milestone.

Fawad Alam is the first batsman in 55 years to convert his Test career's first 4 fifties into hundreds. Last was John Edrich in 1966. #ZimvPak