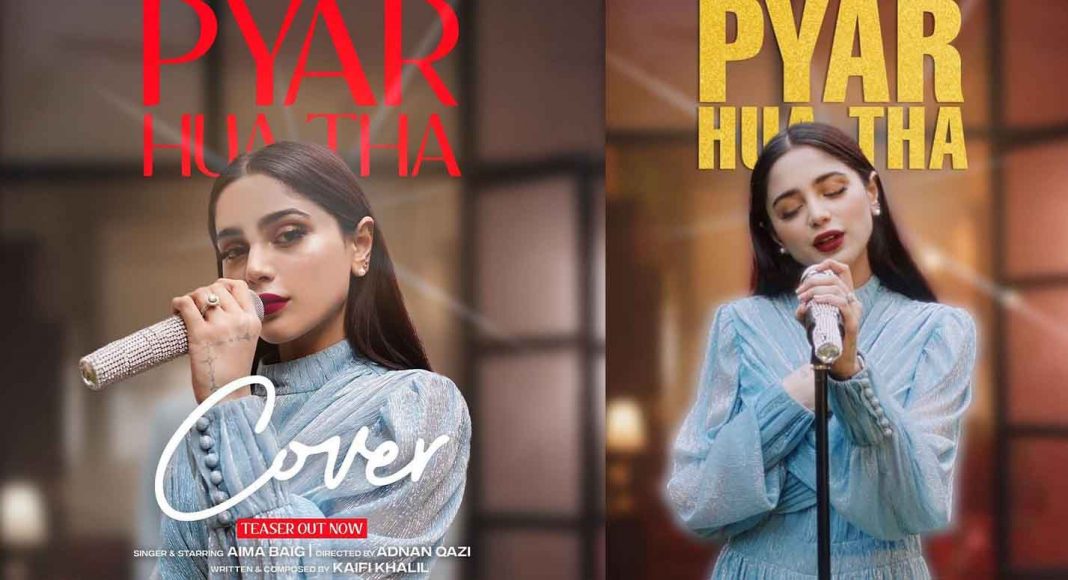 Fans are underwhelmed by Aima Baig’s rendition of “Kahani Suno.”

On Friday, the song's official music video was released by the artist.

The Kahani of Kaifi Khalil Suno’s music has touched the hearts of many, including the world-famous singer Aima Baig, who has praised his “heartbreaking but soulful” sound. In fact, the song was so popular that the Do Bol singer put out her own cover of it, complete with an official music video. Her rendition of the song was met with a lukewarm reception from her legion of fans.

The Baazi singer announced the premiere of her music video on Instagram. Baig wears a sequined dress and gives the camera a serious glare in the videos that have gone viral on the internet.

“The song is called Pyaar Hua Tha. “It has been released!” Within the post’s caption, Baig encouraged her followers to watch the full video on YouTube.

Numerous listeners remarked on the quality of the cover, which was clearly an effort on the part of the artist. Nonetheless, some went on to express their dissatisfaction with the performance.

One user commented, “Still time to delete this,” while another said, “Congratulations, you destroyed this beautiful song, bye.”

Some supporters stepped in to defend Baig and give her props for her efforts. What they actually said was, “They’re criticizing her for singing it, but they can’t even carry a tune.” “Beautiful singing voice.”

The Aey Zindagi singer had previously uploaded a post emphasizing the importance of her music career this year. She predicted a year of music that she would remember forever.