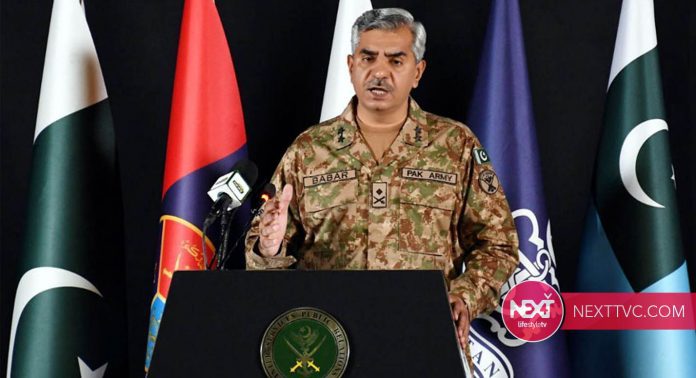 Director-General of the Inter-Services Public Relations (DG ISPR) Maj Gen Babar Iftikhar on Friday said that Chief of Army Staff (COAS) Qamar Javed Bajwa had instructed the Pakistan Army to help the civilian administration during the month of Ramadan.

“COAS held a special conference at General Headquarters today where the overview of the coronavirus deployment and situation was taken into account.  COAS instructed all commanders to ensures border security and carry out routine activities as per schedule,” DG ISPR said.

“COAS instructed the Army to work with civil authorities to ease the difficulties being faced by the people during Ramadan. The conference also took notice of statements issued by Indian leadership with regards to Pakistan,” the military spokesperson said at a press conference.

“RSS extremists have violated international law and prove that India is promoting Hindutva and saffron terrorism. Saffronisation of Indian military and polity is a sad fact that the world cannot afford under present circumstances,” DG ISPR noted.

“Coronavirus is a global pandemic and Indian attempts to associate it with Muslims have failed. The political and military leadership of Azad Jammu and Kashmir, and Gilgit Baltistan, is improving the virus situation in the region,” DG ISPR informed reporters.

‘We fear virus cases may rise in two weeks’
Anwering questions about the virus epidemic, DG ISPR said that it is clear that the confirmed virus cases are less than initial projections. “We fear that this number may increase in two weeks. Through the NCOC platform, the national effort against the virus is being reviewed,” he said.

“All resources of Pakistan Army are being used on the order of the government to tackle the pandemic. Resource allocation is being altered due to changing situation. Under new strategy, we are taking resources to provincial, district, and union council levels,” he said.

“Process of delivering more than 350,000 ration packs is ongoing. These were purchased from the funds gathered through salaries of Pakistan Army employees. Soldiers have also decided not to take internal security allowance to help with virus relief,” he said.