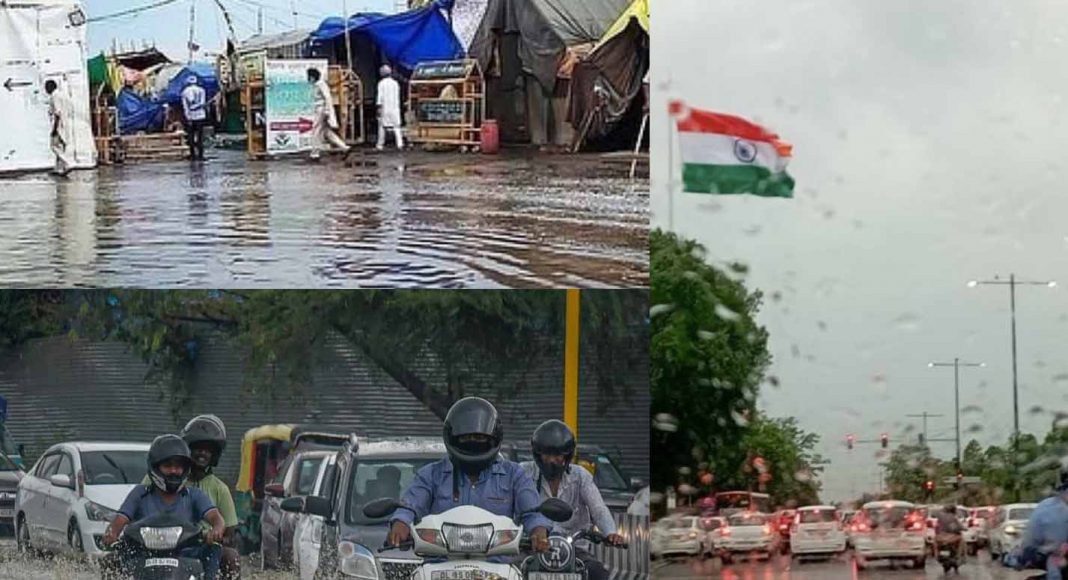 Delhi has seen the second-highest 24-hour rainfall total since 2007: IMD

The air quality in the nation's capital reached a "satisfactory" level on Sunday thanks to continuous rain for the second day in a row.

According to the India Meteorological data released on Sunday morning, the national capital saw the second highest 24-hour rainfall total since 2007 up until 8.30 am. The 74mm of rain that fell on the city from Saturday night at 8.30 a.m. A 10-degree drop in the high temperature for the day contributed to a record-low temperature differential between the day and night.

It also said that the recent rain in Delhi was not caused by the monsoons, which left the city on September 29 after dropping 516.9 millimeters of rain (compared to the average of 653.6 millimeters).

IMD says that the region’s rain after the monsoon is caused by a deep trough of easterly wind at a lower level coming together with a western disturbance, which is also a trough in the mid-and upper-level air.

According to a meteorologist, the rains that start in the Arabian Sea and move across Gujarat and east Rajasthan before reaching Uttarakhand via the Delhi area are caused by an easterly wind phenomenon.

In the official’s words, “the moisture is always available at lower levels,” meaning at or near the Earth’s surface.

As a system in the upper air, the western disturbance always moves to the west. This makes these interactions worse and causes all the rain to move north and east, hitting northeast Uttar Pradesh or Bihar in the end.

But those winds have shifted from the Arabian Sea, and they are doing exactly what they needed to do: sustain a rain spell for up to two days. “Usually, between October and March, we experience three to five such intense interactions,” the official from IMD said.

The air quality in the nation’s capital reached an all-time high on Sunday thanks to the second straight day of steady rain.

The Central Pollution Control Board reports that the air quality index was 54 at 9 a.m., putting it in the “good” category.

The low temperature in the nation’s capital was predicted to be 23.4 degrees Celsius, which is a bit cooler than usual for this time of year.

Sajjad Ahmed - April 8, 2022
There are at least 17 Pakistani institutions on the US News & World Report's list of the world's finest colleges and universities for 2022. It...