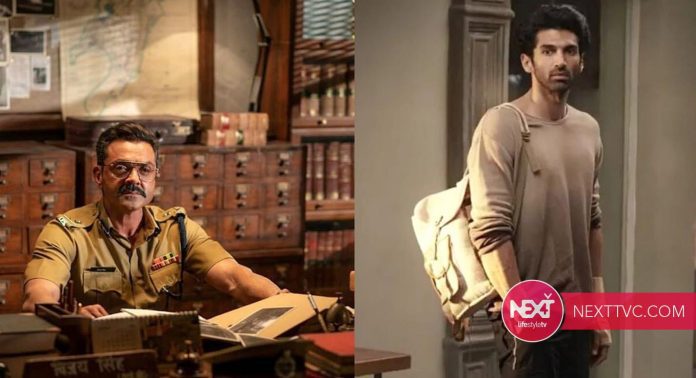 Class of ‘83 starring Bobby Deol dropped online today, and the new cop drama is based on a book authored by leading crime journalist Hussain Zaidi, and it is set in Bombay in the 1980s when the underworld’s stranglehold on the city was becoming hard to break. Class of 83’ tells the story of a hero policeman shunted to a punishment posting as the dean of the police academy, and besides Bobby Deol, it also stars Anup Soni, Joy Sengupta, Vishwajeet Pradhan, and Hans Dev Sharma, among others.

Talking about Class of 83’, the movie is directed by Atul Sabharwal and it is inspired by real-life events, and although it has enough masala to keep a section of the audience hooked, others were not too impressed with the writing.

In the movie, Bobby Deol plays the role of headmaster Vijay Singh, and fans applauded his performance. Soon after, Twitterverse took to social media to react to the movie. While one user praised Bobby Deol as he wrote, “Bobby Paaji is at his power packed performance, Wait of soldier is complete! the persona of serious expressions & feat is back! Love you @thedeol & kudos to team of #ClassOf83,” another user wrote, “#ClassOf83 is a bad… like, really bad film!

Class of ’83 is third Netflix collaboration with Red Chillies Entertainment after the original series Bard of Blood and Betaa.

Check out the posts here:

Wes Moore, a candidate for governor of Maryland, had a fundraiser organized by Jasdip Singh Jesse & Sajid Tarar

Umar John - September 28, 2022
A discussion was held between Dr. Vijay Chauthaiwale, head of the Department of Foreign Affairs for the Bharatiya Janata Party in India, and a...

In a leaked audio clip, Maryam Nawaz can be heard asking her “uncle” Shehbaz...

Saleha Kashif - September 25, 2022
The former prime minister and current chairman of the Pakistan Tehreek-e-Insaf (PTI), Imran Khan, claimed on Sunday that the audio leak proved that the...

Wes Moore, a candidate for governor of Maryland, had a fundraiser organized by Jasdip...