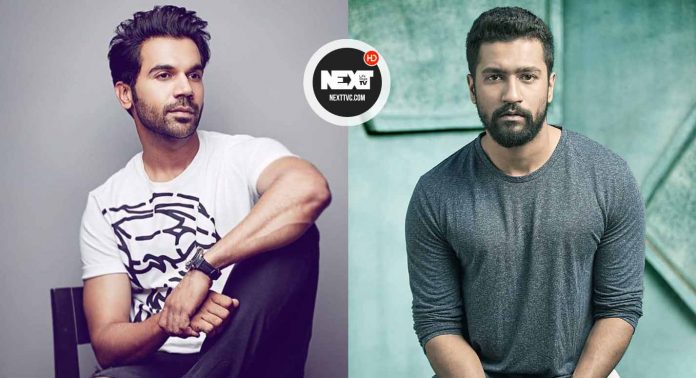 The filmmaker is yet to make an official announcement on the same, but Raj has confirmed the development in a few of his previous interviews.

Remakes have become the flavour of the season and while Varun Dhawan and Sara Ali Khan are gearing up for the release of Coolie No.1, Rajkummar Rao has been roped in to play the lead in Luv Ranjan’s modern day adaptation of Chupke Chupke.

While the Covid outbreak put a pause on the movement of the film, now, as things are opening up, producer Bhushan Kumar and Luv are again putting it all together. And we hear they have already approached another leading actor to step into the shoes of Amitabh Bachchan’s Professor Sukumar Sinha. A source shares,

“The makers have offered the Chupke Chupke remake to Vicky Kaushal now. Although he is yet to sign on the dotted line, the producers felt he is the perfect choice to play Big B’s role from the original.”

“They feel he can portray the character and its nuances really well. Also, Rajkummar and Vicky have never shared screen space together and it will be a casting coup if it happens.”

Previously, there were reports that the Chupke Chupke remake will reunite Raj with his Bareilly Ki Barfi co-star Ayushmann Khurrana but that was never the plan. The source adds, “Rajkummar is wrapping work on Dinesh Vijan’s Hum Do Humare Do.

Then, he will start shoot of Badhai Do and he also has the Hindi remake of the Telugu cop thriller HIT. In between the two films, the makers want to take Chupke Chupke also on the floors, after locking the entire cast and their dates.”