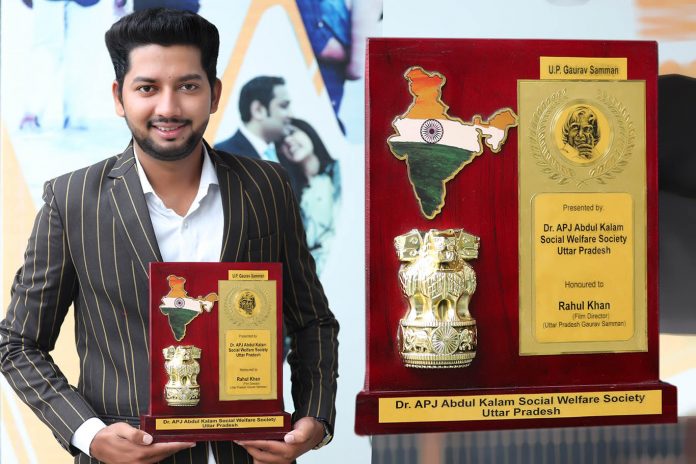 From working as an assistant director to now giving hit music videos, Khan has climbed the ladder of success with his Hard work and talent. All this has helped him gain popularity among the masses who look up to him as an inspiration.

Recently, Producer-director Rahul Khan was invited by Dr APJ Abdul Kalam Welfare Society’s Chairman from Uttar Pradesh, MD Qureshi. As Rahul hails from UP, people in the state are proud of him and his success in the past few years. They all eagerly keep waiting to know what is the next project he is going to work on. The chairman also praised Rahul for his work and honoured him. 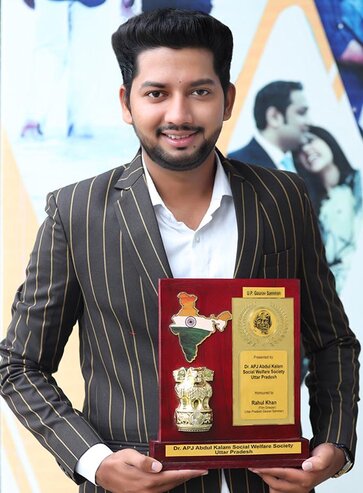 Rahul Khan is known in Uttar Pradesh not only for his work in the film industry but also for his humanitarian work. He makes sure to help people in need by donating clothes, food or other basic necessities. He also runs an organisation under his brother mother and grandmother’s name called Arif Fatima Rihana Foundation. With this foundation, Rahul has helped a lot of people with their eye operation. Hence, Rajyamantri of Uttar Pradesh Government Manoj Valmiki honoured Rahul with Dr APJ Abdul Kalam UP Gaurav Samman.

On receiving this award, Rahul Khan couldn’t contain his happiness. The producer-director said, “It makes me happy to see that people from my state feel proud of the work I do. I never thought of such awards when I help others. I believe if God has given us more, we can always help those in need. That’s one of our purposes in life. Receiving this award that is associated with such a great personality from Indian history makes me happy. It encourages me to keep going on in life. I hope more and more people work together to make this society a kind and better place.”

On the work front, Rahul is receiving praises for Beti Hindustan Ki. The film stars Faisal khan, Bobby Kumar, and Manoj Bakshi, Israr sabri.The film focuses on the issue of the treatment of women and kinnars (eunuchs) in society. Bobby Kumar plays the role of kinnar in Beti Hindustan Ki.