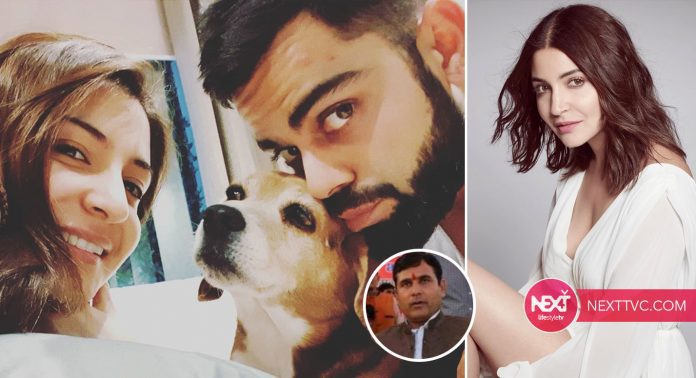 Paatal Lok has been in the news for reasons other than it being a really good show. Recently an FIR was filed against Anushka Sharma the producer of the show because the makers had used the face of a BJP MLA without his consent. He also filed a complaint against her under the National Security Act for allegedly creating communal disharmony. He even accused the actress of sedition. The MLA does not seem satisfied with the FIR and hence he decided to give an interview about the same. MLA Nandkishor Gurjar also wrote a letter to Minister of Information and Broadcasting, Prakash Javdekar asking him to ban the web series. #PataalLok #AnushkaSharma

Now, the politician has gone one step ahead and given an interview in which he advises Indian skipper Virat Kohli to divorce Anushka over this issue. He said:

#Ghaziabad: BJP leader Nandkishor Gurjar (@nkgurjar4bjp) has filed a case against actor turned producer @AnushkaSharma. FIR is regarding Web Series #PataalLok. He accused actress of sedition and advised @imVkohli to divorce her. (Story in Development) pic.twitter.com/NNEXAFclfX

In addition to all of this Anushka has been sent a legal notice by Viren Sri Gurung, a member of the Lawyers Guild for allegedly using a casteist slur in Paatal Lok. But Anushka who is currently self-isolating with her hubby is super happy with the success of the show and even said there is a possibility of season 2 if Amazon wants them to make it.