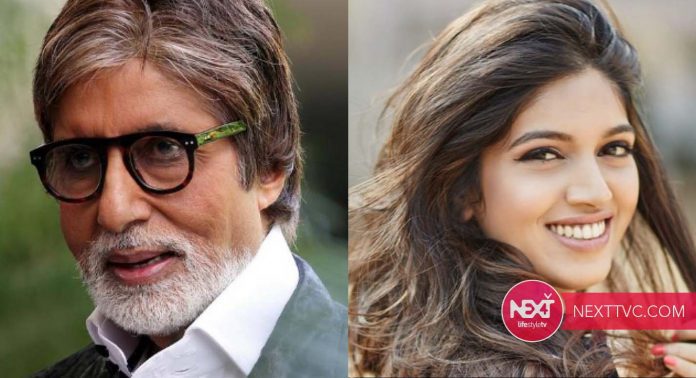 Amitabh Bachchan shared a post reminiscing his days on the sets of ‘Kabhi Kabhie’. The actor uploaded a picture of himself with a notebook which was clicked while he was shooting the film in 1976.

Soon, Bhumi Pednekar dropped a comment on his post which read, “44 years later and still giving us such memorable characters…I’m telling you you’re the most baller person ever 😎

And Big B was upset with the word ‘baller’ in the comment. He replied to Bhumi’s comment and wrote, “Arre…Bhumi…what is ‘baller’??? Kab se pooch rahe hai, koi bata hi nahi raha”
Check out the post and the comment here: 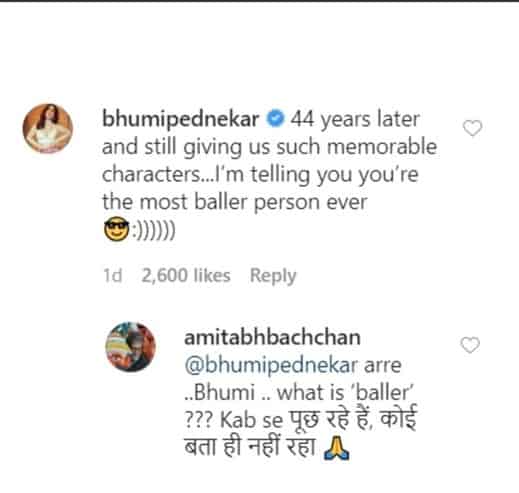 Also, this is not the first time Bhumi has called ‘Baller’! Earlier, when the megastar had posted a picture with his grandson Agastya while working in the gym, she commented, ‘Baller’! To which, Sr Bachchan had replied, “@bhumipednekar eh? What’s a baller… woh jo ball phenkta hai (the one who throws the ball)!!”

On the work front, the actor has several films lined up ahead like ‘Chehre’ helmed by Rumi Jaffery, Shoojit Sircar’s next, ‘Jhund’ directed by Nagraj Manjule and ‘Brahmastra’ by Ayan Mukerji.