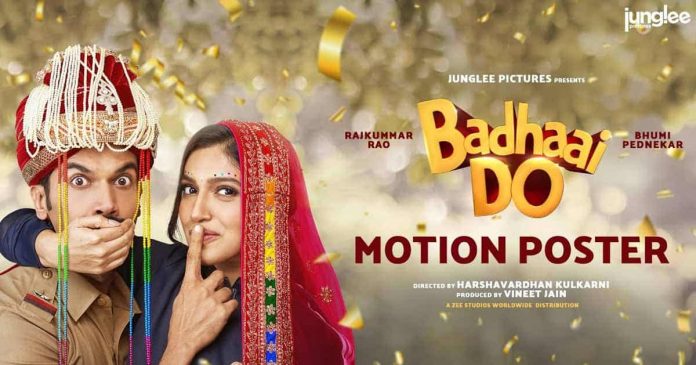 The picture will be released in theaters on February 11, 2022, according to Junglee Pictures. The trailer for the film was released simultaneously with the announcement of the release date.

While Badhaai Ho showed us how a middle-aged couple’s love may lead to some humorous events, Badhaai Do appears to be tackling another such unique relationship and telling their tale through a comedy of errors. Of course, there’s a baby where there’s marriage and humor.

Junglee Pictures’ Badhaai Do is directed by Harshavardhan Kulkarni, written by Akshat Ghildial and Suman Adhikary. Badhaai Do releases on 11th February in theaters and is worldwide theatrically distributed by Zee Studios.

The teaser depicts Rajkummar and Bhumi in a married environment, only to reveal that there are many secrets between them to be revealed. Getting into a convenient marriage and living as roommates leads to hilarious scenarios between the two, making this a great family movie. This family drama is not only full of laughs and tears, but it also tackles a socially pertinent matter that we saw in the teaser. While little is known about the plot, the film’s theme gently accentuates the notion of “lavender marriage,” making it a must-see.

“Witness the Atrangi wedding Satrangi setting of the year in the month of love!” said the caption on the trailer. #BadhaaiDoTrailer.