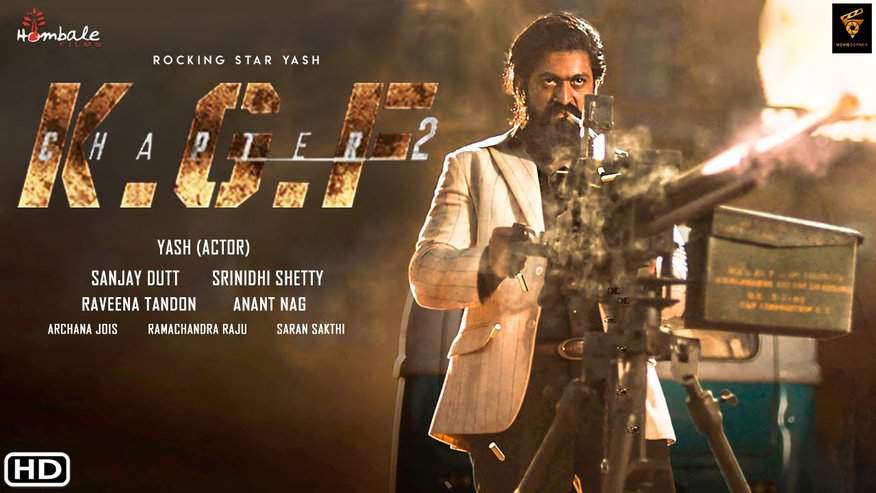 Audiences have given KGF-C2 an enthusiastic reception since its release last week. KGF 2’s box office took in an additional Rs. 53.95 crore over the opening weekend, adding to its already impressive debut haul. In just five days after its release, the film surpassed the Rs. 200 crore mark in box office receipts. KGF – Chapter 2 has now collected Rs. 16.35 crore on its seventh day, bringing its total collections to Rs. 250 crore.

KGF – Chapter 2’s first-weekend totals are compared to the first-weekend totals of 2022’s previous releases. At Rs. 16.35 crore, KGF 2 falls short of The Kashmir Files, directed by Vivek Agnihotri, which took in Rs. 19.05 crore on its opening day. As a result of this, the film has performed better than other releases this year like SS Rajamouli’s RRR, Gangubai Kathiawadi’s, and Bachchan Paandey’s, which all earned less than Rs. 2 million. Nonetheless First-weekend-grossing KGF – Chapter 2 now ranks second in 2022.

KGF – Chapter 2 continues to play in theatres, and the audience continues to show up in droves to support the film. In fact, trade predictions predict that the Yash starrer’s second-weekend earnings will increase. In its second weekend, KGF 2 is expected to have crossed the Rs. 300 million mark in total collections.