Arshad is the only Pakistani athlete to directly qualify for the Tokyo Olympics and he is ready to make the country proud at the mega event.

Arshad is a four-time national champion and also won the Gold at the 2019 South Asian Games in Nepal. His achievements in Nepal helped him qualify directly for the Olympics, his throw of 86.29m went further than the minimum qualification criteria of 85m.

Arshad managed a throw of 86.38m, surpassing his personal best throw of 86.29m, as he made a new national record.

Arshad received praise from President Athletics Federation Major General (retd) Akram Sahi, as he praised him for his gold medal and praised him for his hard work. He wished him the best of luck for the future and was fortunate that Arshad would make the nation proud at the mega event.

Arshad will be traveling to Turkey to train for the upcoming Tokyo Olympics. He will be trained for three weeks by Kazakhstan’s renowned javelin throw coach Viktor.\

He completely dominated the competition, throwing his Javelin way further than his competitors, his throws were around 10-12m ahead of the Silver and Bronze medalists. 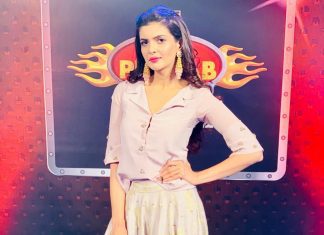 Rahul Khan - July 29, 2019 0
Actress Ihana Dhillon, who has become a household name in Punjab, is all set to judge the latest season of modeling show Mr. Punjab...