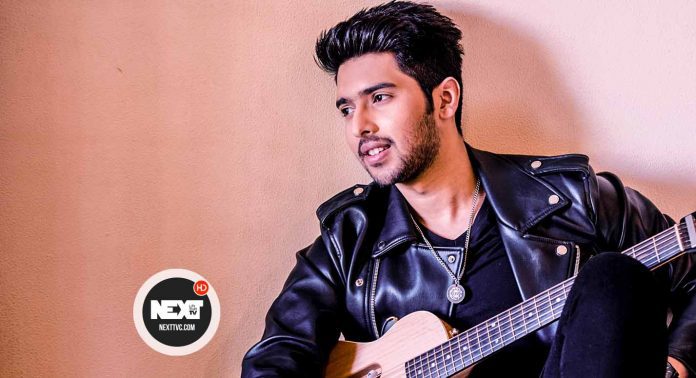 The year 2020 hasn’t panned out the way many people wished it would. However, there have been several silver linings that brought a smile on everyone’s face. For Armaan Malik and his fans, the recent silver lining came in the form of the MTV Europe Music Awards 2020. The renowned Indian singer has been nominated under the Best Indian Act category for his song Control. He is nominated alongside Divine, Prabh Deep, Kaam Bhari and Siri x Sez On The Beat. the singer opened up about bagging a nomination, his dreams of putting India on the world map and his admiration for Korean pop music.

– Congratulations on the nomination! Were you expecting it?

Honestly, I didn’t know it was around the corner. I myself wasn’t aware. They just informed our teams that I am nominated for EMA and I think everyone on the team was pleasantly surprised. It is a big deal because this is my debut international release. 2020 has been a very different year for me. I have taken on this new path, this new journey. For me, it just instils in me that sense of like “Am I going in the right directions?” So when I see such a nomination from MTV EMA, I kinda feel that ya, this is the right direction to go and this puts meaning into what I am trying to achieve. For me, my dream has always been to take India to the world, always wanting to put Indian musicians on the global map, which hasn’t happened that much before. I mean very few individuals have done it. AR Rahman sir has done it before but there has been no pop music artist or musician doing global music and that’s something I have always wanted to do.

– How has the reactions from your fans been?

I have very passionate fans and they have been waiting for something like this to happen. It’s not only my journey, but it’s also a journey for them and I am as excited as they are. They have just been flooding my timeline with messages like, “Hey Armaan, chill out, we’ll handle this for you.” It is beautiful to know that I have such a passionate fan following and such a big fandom that really supports me in everything I do.

– And reactions from your friends and family?

Oh, it’s been brilliant, it’s been amazing. I have been getting messages from all over that say “This is your year of domination” (laughs) and so many of them are rooting for me. It’s not every day that Indian artists get represented on a global platform. Making my country proud and making my industry, who know me, who have worked with me, proud is the most important thing for me.

– While you are working towards putting India on the map, you have also been introducing your fans to international music, especially K-pop. Tell us more about that.

I just feel like the way they have captured the market in such a beautiful way, by doing such amazing work – be it the music videos, be it the pop songs – all the artists, not just one, they kind of catapulted the whole pop music industry. For me, initially, I started following EXO and their journey but all of them, be it EXO, be it BTS, BLACKPINK, there are many, many different artists, there are solo artists like Eric Nam, who has become my friend on social media. BTS being the people who kinda opened the pathway for Asian artists by being one of the firsts to crack the number one on the Billboard charts. I think it is phenomenal what they’ve done over the years. I have been seeing their music and hearing their music over the last four-five years and I have loved that whole trajectory and I feel like now its India’s time to shine.

– Hold on, do we smell an Armaan Malik x Eric Nam in the making?

I really can’t speak of any collaborations before it happens. I like giving surprises to my fans so I can’t say much on anything. But he’s the one who reached out and messaged saying he really likes my music. It’s amazing how two countries in Asia itself, Korea and India, we are doing such amazing work in our space.

– While we look forward to both of you collaborating, we heard that you interacted with Tushar Apte, who worked with BTS on Home, and BLACKPINK. Is something cooking there?

We actually did a session couple of nights ago. We did a writing session. It was fun catching up with someone who’s Indian in that part of the world and coming together to write something. There’s nothing that we have locked in on. We’ve not really thought on what song to come out with. We were just jamming and coming up with ideas.

– In future, what kind of artists do you want to collaborate with?

I have a long list of people. I really love the work of Charlie Puth, Shawn Mendes and Zed. Hopefully, in the coming few years, I hope sooner than many years, I hope we can collaborate on something.