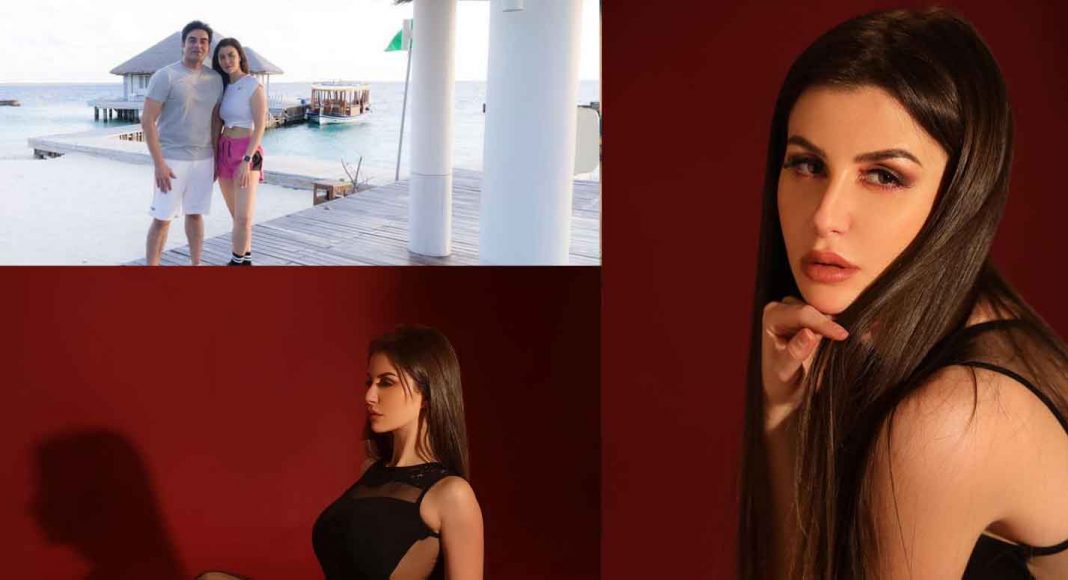 Arbaaz Khan recently spoke about his relationship with Giorgia Andriani, including their strong bond despite the 21-year age gap. Listen in on what he has to say!

Arbaaz Khan discusses the “humongous” age gap of 21 years between himself and his girlfriend, Giorgia Andriani.

A long-time couple, Arbaaz Khan and Giorgia Andriani, have recently spoken publicly about their relationship. While the actor is usually tight-lipped about his personal life, he recently gushed about his girlfriend in an interview, saying how inspiring she is. Giorgia and Arbaaz are 21 years apart in age, which Arbaaz brought up in their conversation to show that it has never been a problem for them.

Arbaaz Khan praised Giorgia Andriani’s vitality and enthusiasm in a conversation with Siddharth Kannan. “The two of us are very close friends, and she is a wonderful girl,” he gushed. There’s just something about her that gives her that kind of, you know, exuberance, that kind of energy. and that sends a tremor through her. Sometimes she gives me the boost I need. It all depends on who enters your life and when, as people’s energies can be both a blessing and a curse.

As Arbaaz elaborated, “There’s a huge age difference between us, but neither of us has felt it. The question “Really?” pops into my head occasionally when talking to her. It was possible that their relationship would have been short-lived. The longer a couple is together, the more questions they have for one another that wasn’t there at the beginning. He went on to say that it is too soon for him to discuss their future plans, but that they are both at a stage in their lives where they are considering how they might like to take it further.

According to Arbaaz Khan, his relationship with Malaika Arora
Meanwhile, Arbaaz discussed his relationship with Malaika, his ex-wife, during the course of the interview. He said a lot of things Malaika may have accepted about him and a lot of things he may have accepted about her. He insisted, however, that their son Arhaan Khan should not have to grow up in a conflicted home.

Career progression of Arbaaz Khan
On the work front, he most recently appeared in the SonyLIV series Tanaav, directed by Sudhir Mishra. On November 11th, it debuted on the OTT service.

Sajjad Ahmed - January 19, 2019
Virat Kohli and Anushka Sharma attended the Australian Open 2019, and their adorable selfie is doing the rounds on the internet. They are clearly...