Indian Singer AR Rahman says he didn’t want his first production, 99 Songs, to face any problem so he advised its director against casting a Pakistani actor for the lead role.

AR Rahman the Oscar-winning music composer has also written the film, which is directed by debutante Vishwesh Krishnamoorthy and features Ehan Bhat in his acting debut.

At the film’s music launch on Thursday, Rahman revealed he was taken aback when Vishwesh shortlisted three Pakistani actor-musicians and warned him to not go for the said actors because he was afraid “What if something happened between India and Pakistan.”

The music maestro added his reluctance to cast a Pakistani actor existed even before artists from the nearby country faced a boycott by the Indian Motion Picture Producers Association following the Uri attack in 2016.

“We were looking for a hero who could sing, act and who was charming. So, we were scanning everything and our friend (director) goes to Pakistan and he picks up three guys from Pakistan and I said, ‘Why can’t you find any boy in India who can sing?’

“He said, ‘No sir, this guy can sing and he plays very well.’ I said what if something happens? This was before all the trouble happened. I said, ‘This is my first movie, don’t make a problem for me.’ The exact same thing happened, no? I’m so glad… then we went back to audition again,” Rahman told reporters here.

Vishwesh said he wasn’t necessarily looking to cast Pakistani actors but it so happened that he wasn’t able to find any performer in India who could act and sing.

But at the end of it, I think Ehan more than made up for all of our initial selections. I have to say that he really grew into his role,” he said. 99 Songs also highlights debutante Edilsy Vargas, Manisha Koirala, Lisa Ray, Rahul Ram of the rock band the Indian Ocean and composer Ranjit Barot.

“Usually what happens is even when you go to a store, you first check the quality of the product. Later you see where it’s been manufactured – Made in Indonesia, Made in China, Made in India… What we were looking for was a musician and the ones that seemed to have a Hindi diction and could play instruments just occurred to not be from India.
“But it’s not like we made a settlement to only pick actors from Pakistan, they just happened to be from there. 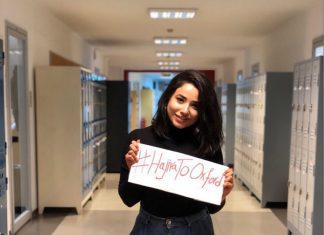