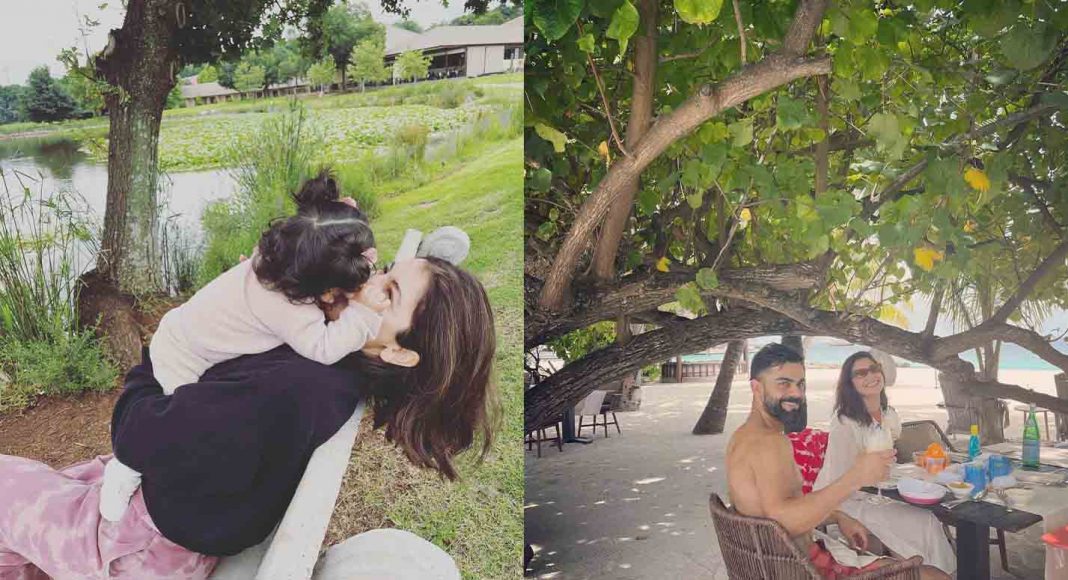 Pic: Anushka Sharma and Virat Kohli on a romantic beach date during their vacation. They’ve been dubbed “couple goals” by their many adoring fans.

Fans are swooning over Virat Kohli and Anushka Sharma after the cricket star posted a photo from their beach date. Check it out!

Anushka Sharma, a star of Bollywood, and Virat Kohli, an Indian cricketer, are a beautiful couple who have amassed a huge fan base online. Virushka, as Virat and Anushka are affectionately known by their many adoring fans, is one of the most famous celebrity couples. Fans are often left swooning by the public displays of affection they see the couple engage in on social media. On the occasion of their daughter Vamika’s second birthday, parents Virat and Anushka revealed previously unseen photos to the family. Virat Kohli recently shared an Instagram photo of himself and his wife Anushka Sharma looking adorable on a beach.

Virat Kohli shared a photo of himself and Anushka Sharma on Instagram on Saturday morning. It appears that the couple enjoyed some time together on the beach and shared a meal. Virat and Anushka can be seen in the photo, both of them beaming, as they enjoy a meal at the table set with cane chairs. Virat is wearing orange shorts, and Anushka is wearing a beautiful white, breezy, oversized dress as they sit under the tree’s shade. They’re standing on a beach with a glass of wine in each hand, and the ocean behind them is a gorgeous shade of blue. Wearing dark shades, Anushka smiled radiantly for the camera.

Virat Kohli only included a heart emoji in the caption. Within two hours, his post had over three million likes, and thousands of admirers had left supportive comments about the cute couple. Virat’s post received a variety of responses, including “King and Queen” and “Couple goals.” “Beautiful, both of you,” Siddhanth Kapoor wrote. So unbelievable, yet so true. You can see Anushka and Virat’s beach date in the photo below.

Vamika, the daughter of Anushka Sharma and Virat Kohli, celebrates her birthday
The actress Anushka Sharma posted a sweet photo of herself on social media, in which she is seen holding her daughter Vamika close to her heart while sitting on a park bench. An overjoyed Anushka watches as her daughter Vamika plants kiss all over her face. Anushka captioned the photo, “Two years ago, my heart grew wide open.” Virat also posted a photo of himself in which he was lying on the grass and Vamika was leaning her head against his chest. “My heartbeat is 2,” he penned.

Just recently, Virat Kohli shared photos from his trip to Dubai with Anushka and Vamika. His wife Anushka and their daughter Vamika were in the picture, and they were all walking along the beach with her in their arms. For instance, “Rabba bakshiyan tu enniyan meherbaniyan,” “hor terto kuch ni mangda,” and “bas tera shukar ada kardan” are all phrases that Virat wrote.