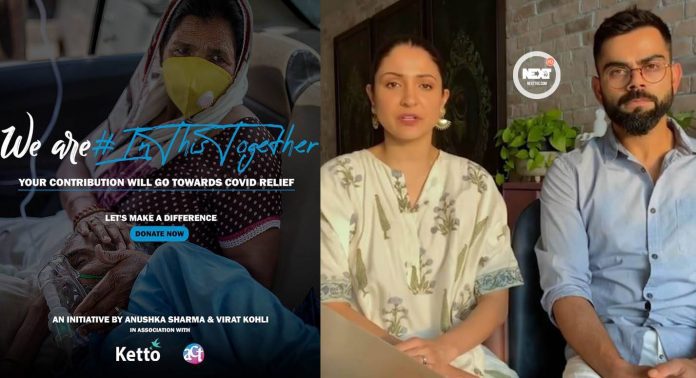 Indian Cricket Team Captain Virat Kohli and Bollywood superstar Anushka Sharma are aiming to raise Rs. 7 crores for COVID relief in India. They are kickstarting a fundraising campaign #InThisTogether on the crowd-funding platform Ketto and are putting Rs. 2 crores for this initiative.

While many celebrities and influencers are trying to help out people by doing their bit. Amid this, retired IAS officers criticized Twinkle Khanna and Akshay Kumar for not doing more than just making appeals for donations. Twinkle Khanna responded to the criticism leveled against her and her husband.

Responding to Twinkle Khanna’s tweet seeking donations, former officer Surya Pratap Singh commented, “Twinkle Ji, your husband is among the richest artists in this country. Rather than pretending to help by collecting donations, it would have been better had your family shown a little more kindness.”

Responding to comments, Twinkle pointed out that they have been doing their bit in helping the people in need. “Have donated 100 concentrators toward this cause&in multiple other ways.

As I’ve said before, it’s not about me or you but what we can do collectively for those in need. it is Sad that at this point, instead of pitching in, we expend energy in pulling people down. Stay safe,” she wrote

Thank you for the leads. Let’s all do our bit,” Twinkle had posted on her social media.