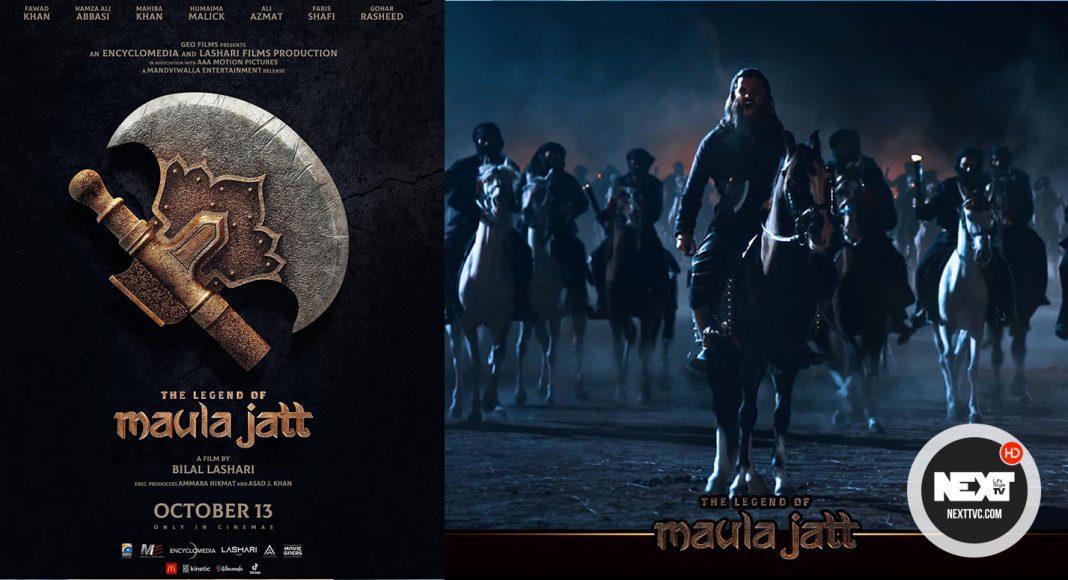 When the movie's release date was announced, people were very excited, and the first official trailer did not let them down.

An unexpected first theatrical trailer for the Mahira Khan and Fawad Khan film The Legend of Maula Jatt was released just days after the film’s release date was announced, further exciting eager moviegoers. Audience members were transfixed as the two-and-a-half-minute clip teased exciting scenes from the next film in a way that was both captivating and expertly edited.

Among those who have taken notice of the film’s first trailer is Anurag Kashyap, an Indian director, and actor. The director of Gangs of Wasseypur tweeted, “Finally, the film I’ve loved so much and the film you really want to see. The trailer is out!” alongside a link to the trailer on YouTube.

Finally the film I’ve loved so much and the film you really want to see , the trailer is out!

Social media users are going crazy over this film, which also stars Hamza Ali Abbasi, Humaima Malick, and Mirza Gohar Rasheed. One user dubbed it the “Punjabi Game of Thrones,” while another said they’d never seen a trailer better than this.

Movie critic Joginder Tuteja tweeted, “Obviously, this is the largest possible size! It’s hard to believe that this action movie predates K.G.F. In all likelihood, this will become a massive commercial success. Indeed, Fawad Khan, Mahira Khan, Bilal Lashari, and Ammara Hikmat, you have created something remarkable. “

This is as HUGE as it gets! Imagine, the action drama was made before #KGF! This can become one of the BIGGEST BLOCKBUSTERS ever! #FawadKhan @TheMahiraKhan @blashari @AmmaraHikmat – You have indeed made something SLECTACULAR! #TheLegendOfMaulaJatt 13th Octhttps://t.co/j9IzjJ8x3s pic.twitter.com/IlN4dnhMiu

The Legend of Maula Jatt is Pakistan’s highest-budget film to date. Written by Bilal Lashari and featuring dialogue by Nasir Adeeb, this intense and epic hero origin story is a hard reboot of the 1979 cult classic Maula Jatt. The film was produced by Ammara Hikmat for the company Encyclopedia & Lashari Films in association with AAA Motion Pictures and directed by Lashari, who made his directorial debut with the massively successful film Waar. The film is a joint effort between the two companies.

The movie’s production has been plagued by delays since its announcement in 2011. The Legend of Maula Jatt was repeatedly postponed due to a variety of factors, including a protracted legal battle and a global pandemic. After announcing a release date of October 13 of this year, fans and critics alike are crossing their fingers that the film will actually see the light of day on that date.