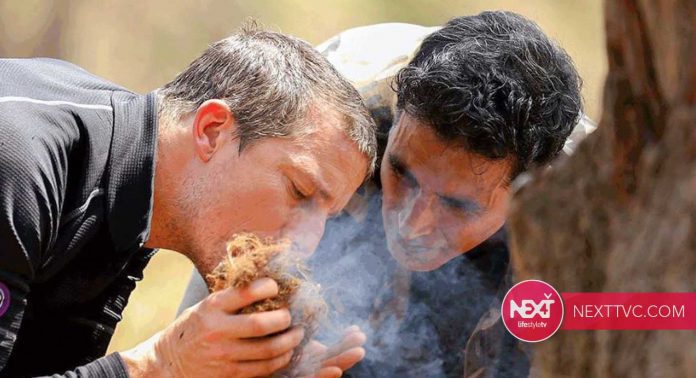 As we speak, Akshay Kumar is shooting in United Kingdom for Bell Bottom as a few days back, he was papped at the Mumbai airport with wife Twinkle Khanna and kids as they accompanied the actor to Scotland. Now while Akshay is shooting for Bell Bottom, the Khiladi actor will be celebrating his birthday on September 9 and during an interview, when he was asked about turning 53 and if growing older bothers him, the actor said that his age doesn’t affect me, it’s others that it concerns. Also, Akshay shared that every actor has a shelf life and that there’s a time in every man/woman’s life where they have to hang their working hat up.

Akshay Kumar will be soon featuring on Man Vs Wild with Bear Grylls. We’re all aware of how Akshay Kumar is one of the most daring and adventurous megastars of Bollywood who has done his own stunts from day one. He will soon be seen experiencing what life is like in the wild with the expert, Bear Grylls. Akshay Kumar has always had a knack for trying new things and the trailer for this particular episode has gone viral for all the right reasons.

Still where the duo is seen concentrating on lighting a fire to cook something, Akshay Kumar joined the viral meme, ‘Rasode Mein Kaun Tha?’ league. The scene from Saath Nibhaana Saathiya has gone viral after the musician Yashraj Mukhate turned it into a rap. Posting the picture, Akshay Kumar wrote, “Rasode mein Bear tha????????????