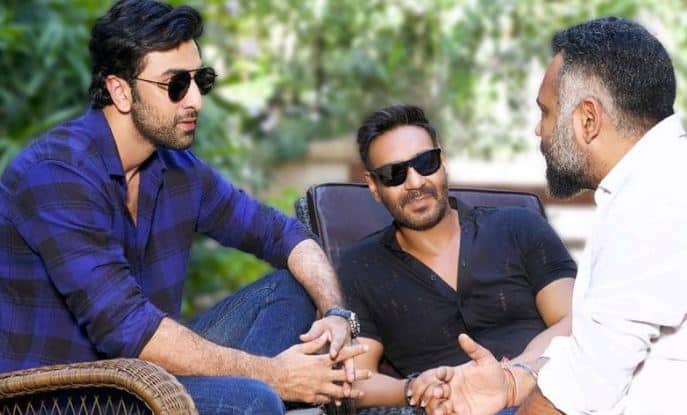 That Ajay Devgn and Ranbir Kapoor are coming together for a Luv Ranjan movie is well-known. The two superstars had even announced the movie, but things haven’t been falling in place since then. Ranbir and Ajay have been busy with their respective movies, Brahmastra and Tanhaji: The Unsung Warrior, and are left with no dates for the untitled movie. Following that, many times rumors were rife that the film isn’t happening anymore or has been put on the backburner.

In an exclusive chat with Pinkvilla, when we asked Ajay if the film is even happening, the superstar confirmed that they are definitely doing it. “It is happening but, because I am so stuck up, and pushing dates. It will happen by the end of 2020 hopefully,” Ajay replied.

A source revealed, “Luv has really liked the script and wants to make his most ambitious project which is a magnum opus. But with Ranbir Kapoor busy with Brahmastra and Ajay with his other lineups, it has become very difficult to manage the dates of both the actors. But, hopefully, they are looking to roll next year-end.”

Ranjan has for the longest time wanted to cast Deepika Padukone in the lead role for the movie but there has been no confirmation on it. In fact, Shraddha Kapoor was also in the league to bag the role. Meanwhile, Ajay has Tanhaji: The Unsung Warrior in the pipeline for release on January 10, 2020. The movie is releasing alongside Chhapaak which stars Deepika Padukone in a pivotal role.