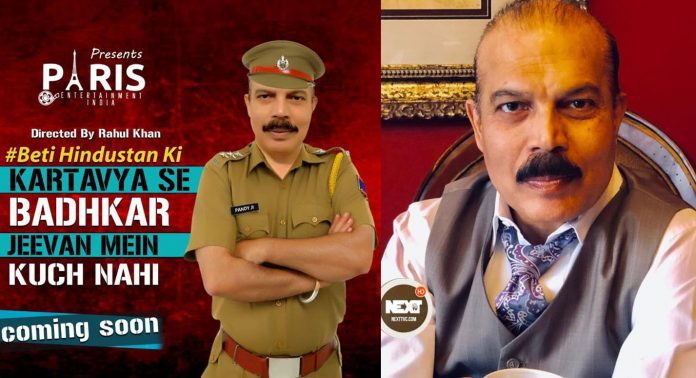 Mumbai : In 2021, we are going to see some amazing films with great talents. One such film that will be out this year is Beti Hindustan Ki. Rahul Khan is the director of this hard-hitting drama which also stars Rashika Singh, Manoj Bakshi, Bobby Kumar and Faisal Khan(USA).

Actor Faisal Khan (USA) will play the role of a cop named Inspector Chulbul Pandey in the film. Faisal (USA) is also the executive producer of Beti Hindustan Ki. The shooting of the film took different places in India, like Delhi, Mathura, and several others. With all COVID-19 precautions and safety, they managed to shoot everything.

A few weeks ago, the team shot a song called Gunah. Gunah is composed by Swagger Music and rapper King Smokey has lent his voice for the same. The film will show the wrong thing doing by some people on Eunuchs and will send out an important message to peoples.

About being a vital part of Beti Hindustan Ki and producing it, Faisal Khan (USA) say, “The story is compelling. Rahul Khan is a fantastic director and it feels good to have this collaboration. I can’t wait for the audience to watch the BHK as everyone has done a great job in it.”