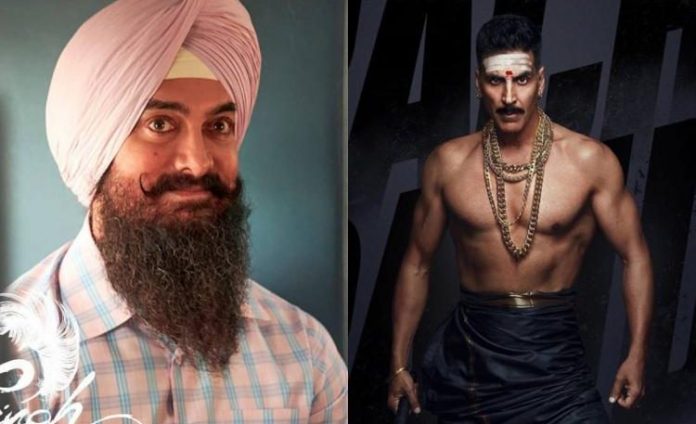 Bachchan Pandey starring Akshay Kumar and Kriti Sanon which was scheduled to release on 25th December 2020 had created a buzz since the first look of Akshay as Bachchan Pandey was out. Fans started going gaga over the actor’s look in a lungi. The movie was all set to clash with Aamir Khan’s Laal Singh Chaddha which is a remake of the 1994 American film Forrest Gump starring Tom Hank. The Hindi remake directed by Advait Chandan also stars Kareena Kapoor Khan in the lead role.

But, it looks like Aamir will have a solo release this December as the makers of Bachchan Pandey are ready to shift their release date on Aamir’s request. Expressing his gratitude for this kind gesture, Aamir tweeted, “Sometimes all it takes is one conversation. Thank you to my friends @akshaykumar & Sajid Nadiadwala for their warm gesture of moving the release date of their film Bachchan Pandey at my request. I wish them the very best for their film. Looking forward to it. Love. a.”

Now that is some great news for Akshay as well as Aamir fans. Talking about Laal Singh Chaddha, it marks the return of the pair Kareena and Aamir after Talaash. The two have also collaborated in 3 Idiots. Directed by Advait Chandan and produced by Aamir Khan and Kiran Rao through Aamir Khan Productions along with Viacom18 Motion Pictures, Laal Singh Chaddha will release on Christmas 2020. The movie has hit the floors in November. It was shot in Punjab. After shooting a romantic song in Chandigarh, Aamir had started his 8 days shoot schedule in Amritsar in the month of December.