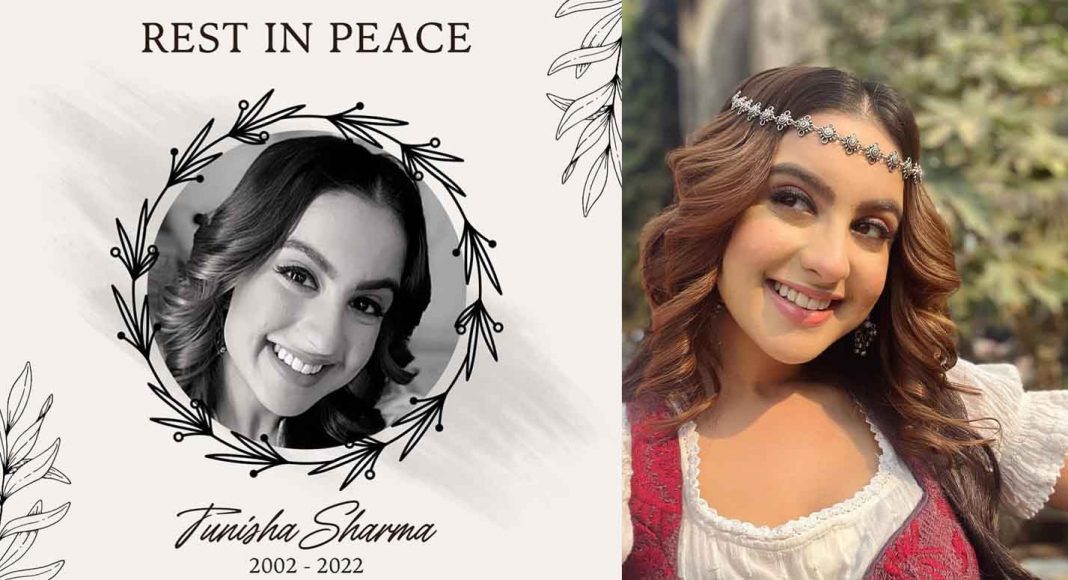 A Supreme Court lawyer explains “abetting suicide”; an actress, Tunisha Sharma, and a maid speak out.

A Supreme Court lawyer explains if Sheezan Khan can be accused of "abettment to suicide." Here's the housekeeper's statement:

Her ex-boyfriend is the leading suspect because she left no note. Tunisha’s mother accuses Sheezan of “deceiving” her daughter about marriage. Tunisha’s mother said Sheezan used her for 3–4 months. Reshma, Tunisha’s housekeeper, has reportedly delivered her statement. Khushbu Jain, a Supreme Court lawyer, said Sheezan Khan might be charged with “abetting suicide.”

Supreme Court advocate Khusbhu Jain addressed “abetting suicide” and whether Sheezan can be held guilty. Suicidal ideation and behaviour are tangled and diverse, she said. Different individuals react and behave differently because of the personal meaning they assign to each occurrence, accounting for individual suicide susceptibility.

She explains “Abetment to Suicide”: “The case involves Sheezan Khan’s abetment to suicide.” Abetting suicide means helping, inciting, or encouraging the victim’s suicide. After these ingredients are met, the prosecution can build a case of suicide abetment under Section 306 of the Indian Penal Code, 1860.

“Instigate” means to goad, press onward, provoke, incite, or encourage. A person instigates another when he actively proposes or stimulates him to do something, whether directly or through clues, insinuations, or encouragement. Incitement can be verbal or nonverbal. “Urge forward” means to encourage or persuade someone to do something, especially by pushing or pressing them. A person who instigates another must “goad” or “push forward” the latter to provoke, incite, or promote an act, she said.

She said that abetment accusations are difficult to prove for three reasons: absence of direct evidence, nature of mens rea (guilty thought), and difficulty demonstrating connection between the abettor’s conduct and consequence. Direct evidence against the accused is hard to discover, making it hard to show abetment. Like other crimes, proving criminal intent needs implicit judicial conviction, which usually requires circumstantial evidence over tangible indicators or testimony. Since this behaviour is usually covert, witnesses or tangible traces are scarce. This makes it difficult to prove that a single person or group committed a crime intentionally.

In cases of alleged suicide abetment, direct or indirect actions of instigation must be proven, Khusbhu said. For holding Sheezan Khan guilty of an offence under Section 306 IPC, the facts and circumstances of the case need to be examined scrupulously and evidence collected to determine if Tunisha’s cruelty and harassment left her with no other option but to end her life, which makes it imperative for law enforcement to keep Sheezan Khan in custody until evidence is collected.

Web Desk - January 18, 2019
https://youtu.be/DYYtuKyMtY8 As one might expect, it didn’t take long for Marvel’s most devoted to dissecting the Spider-Man: Far From Home trailer frame by frame. The...