A report says that an Indian spy agency told hackers to attack the leaders of the Pakistani government.

As the inquiry has revealed, in January of this year, the gang was given the goal of hacking into the email account of then-information minister Fawad Chaudhry. 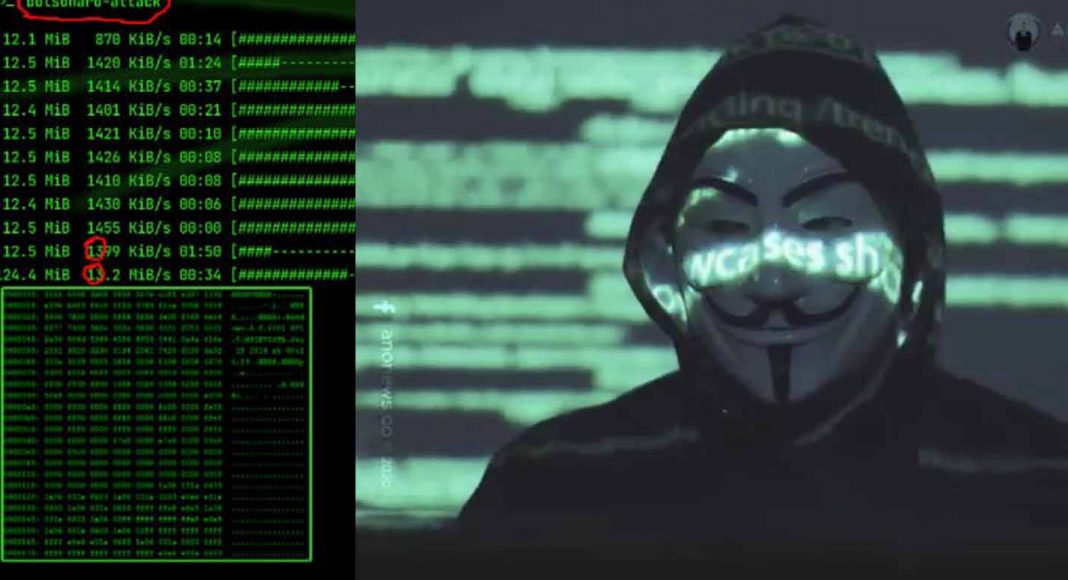 The investigation found that a group of Indian hackers broke into the laptops of Pakistani lawmakers, generals, and ambassadors at the request of Indian secret services in order to listen in on their private conversations.

WhiteInt is a criminal organization based out of an apartment on the fourth story of a building in a residential section of Gurugram, India. Aditya Jain, who is 31 and works as an accountant for the Indian branch of the British company Deloitte and sometimes goes on TV to talk about cybersecurity, came up with the plan.

A report from The Bureau of Investigative Journalism says that in January of this year, Jain was given the job of hacking into the email account of Fawad Chaudhry, who was the information minister in prime minister Imran Khan’s government at the time.

After these findings came to light, Fawad Chaudhry expressed grave alarm.
His exact words were, “I strongly oppose this unethical conduct of #ModiJanta and will have the interim FM of Pakistan raise this issue.” He was referring to Foreign Minister Bilawal Bhutto Zardari.

According to the report, Jain’s group used malware to get access to the laptops of PTI leaders and also attacked the country’s senior generals and embassies in Beijing, Shanghai, and Kathmandu. Among the most well-known victims was former president General (ret.) Pervez Musharraf.

The group gave the Bureau of Investigative Journalism and the Sunday Times access to their database, which showed that the attacks were bigger than ever before.

For the past seven years, Jain has managed a group of hackers who have been employed by British private investigators and have used “phishing” techniques to get access to the email accounts of their targets. There are times when his team uses malware that takes over a victim’s computer and gives them access to their camera and microphone.

The Sunday Times sent undercover reporters to India earlier this year, pretending to be corporate investigators looking to employ a computer hacker. The news crew reached out to Jain and started a protracted conversation with him through email.

Wherever the person of interest (POI) is located in the world, I can provide access to their private email and computer system. “20–30 days is a good ballpark figure,” Jain was quoted as saying in the paper.

According to court records, Diligence Global was contracted for a World Cup project in January 2019. Rey hired the gang to go after whistleblowers who had disclosed wrongdoing on the part of hosts Qatar during the course of the following year.

Jonathan Calvert, the editor of the Sunday Times’s Insight team, was one of the main targets because he helped show how corruption led FIFA to give the 2010 World Cup to Qatar.

The information shows that on April 22, 2019, Rey gave Jain specific instructions to kill Calvert. A few weeks earlier, Insight said that Qatar had offered FIFA an illegal $100 million “success fee” for the right to host the World Cup.

The hacking of Calvert’s inbox was “finished,” according to a notation on the database. Attorneys for the Qatari government have denied allegations that they commissioned hacking. When asked about why Calvert’s email account was hacked last month in preparation for this report, they said it was part of a “politically driven campaign” linked to Qatar’s Gulf UAE opponent.

“For numerous years, Mr. Calvert has maintained tight ties with Qatar’s neighbor, the United Arab Emirates, and your readers deserve to know that,” they wrote. The assertion is completely false.

According to the newspaper, Jain admitted to hacking into accounts last month but said he hadn’t done so in years.

He denied hacking into anyone’s accounts and said he didn’t even know any of the people in his database. “I can say clearly that I have not hacked, launched, or attempted to hack any of these persons,” he declared.

Share
Facebook
Twitter
WhatsApp
Previous article
The Senate President has established a 14-person committee to investigate the AZAM SWATI case.
Next article
Shehbaz Sharif asks the Chief Justice of Pakistan in a formal letter to set up a commission of judges to look into the attack.
- Advertisement -