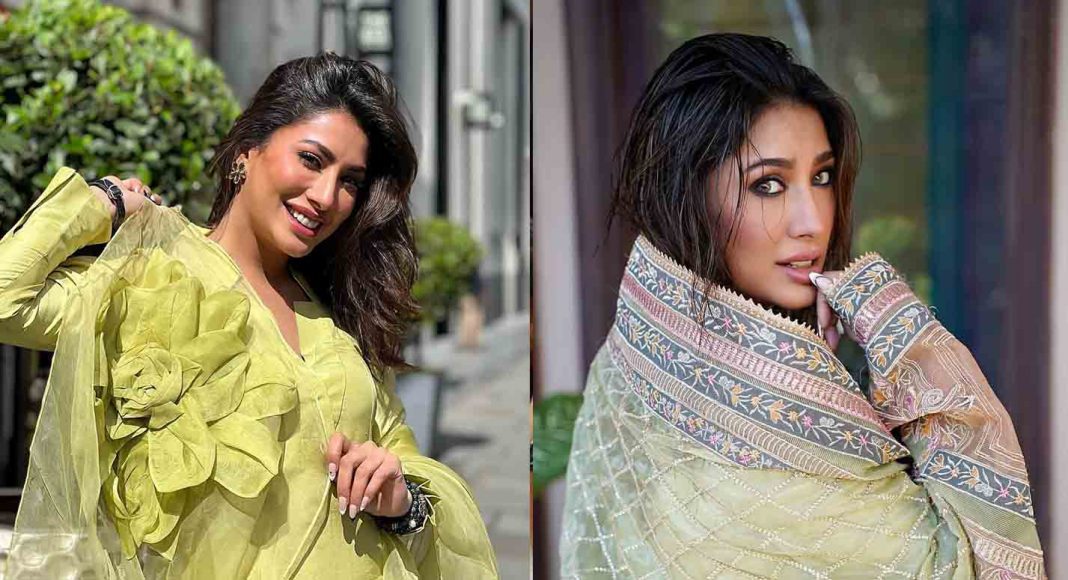 The actor's petition results in the Sindh High Court ordering the FIA and PTA to remove the offensive material.

Just like Kubra Khan, Mehwish Hayat has gone to the Sindh High Court to sue those responsible for spreading online smears about her. Due to the actor’s petition, the Supreme Court of Pakistan (SHC) has given the Federal Investigation Agency (FIA) and the Pakistan Telecommunication Authority (PTA) two weeks to remove the offending material.

Mehwish Hayat explained her decision to go to SHC and pursue legal action on social media. An ex-Army major claimed in a YouTube video that “actresses and models often stayed at ISI safe houses and were “used” by former senior officials, according to the officials’ closed aids,” which is code for “stayed at ISI safe houses and were abused by former senior officials.” Adil Raja also claimed that multiple politicians were invited and videos were allegedly recorded.

Since then, several actors have been the target of a campaign to defame them. According to a tweet by Hayat, “Today I went to court to send a strong message that I will not stand for these vile smear campaigns anymore.” She elaborated by saying, “For some time now, this has been going on, but the recent events have sunk to a new low.” Feel free to critique my work, but you have no right to smear my name. “I refuse to be a pawn in anyone else’s political games.”

The multiple-award winner continued, “I won’t give up until we find a solution to this.” “I’m relieved that the petition has been submitted and that the perpetrators, including all the trolls spreading malicious lies, will be held accountable by law enforcement.”

My statement about the recent events. pic.twitter.com/rQ13O4Pmuc

As an afterthought, Hayat said, “It’s a shame that I had to go to court to protect my dignity and reputation.” Is this who we’ve become, as she questioned in her writing? Hayat concluded her remarks by expressing her appreciation. “I’d like to express my gratitude to everyone who has shown their support for me, whether they work in the entertainment industry or not. They have helped me persevere through this difficult period.

Star of Dillagi told reporters outside the courthouse, “I didn’t think my new year would begin with a visit to the court where I would have to defend myself from the ongoing character assassination.” And then she went on to say, “And yet, here I am, having finally lost all patience.” Anyone involved in these campaigns who makes even the slightest of insinuations should be ashamed of themselves. “And anyone who believes such rumors, especially in today’s world where it’s so easy to make things up, has only themselves to blame.”

Hayat went on to say how proud she is of the women in her country. “I am representing the female members of my sorority and my nation.” No one has the right to smear my reputation, and I intend to use my legal recourse to set the record straight. “For the sake of fairness, I pray that this matter is resolved quickly.”

Sasti shohrat haasil karne k liye kuch logue insaaniat k darjay se bhi girjatay hain . Hope you’re enjoying your two mins of fame. Just because I am an actress doesn’t mean my name can be dragged through the mud.
Shame on you for spreading baseless allegations and 1/2

Hayat had previously tweeted her opinion on the matter. “In their pursuit of fleeting fame, people often put humanity first.” I pray that you are basking in the glow of fame, “singer/songwriter” who plays the lead role in Punjab Nahi Jaungi. “Just because I’m an actress doesn’t give anyone the right to smear my reputation.”

After that, she said, “People who believe such nonsense have as much to be ashamed of as the person making false accusations and innuendos about someone they know nothing about.” This exemplifies the sickness in our society, which consumes such low-brow reporting without question. However, this will no longer be tolerated. “No one will be able to sully my good name with false accusations.”

The Supreme Court of Canada ordered the Federal Investigating Agency to remove hate speech directed at actor Khan from social media last week. The 29-year-old actor took to social media to share a document in which SHC orders various organizations to remove any and all negative references to him.

The celebrity wrote, “The past four days have been so difficult for me and my family that I don’t think I’ll ever be able to explain it in words.” “I couldn’t fathom why they would treat me like this. “Why was I still subjected to such vicious bullying after it was made clear that my name or initials had been misunderstood?”

As an extension, she said, “Before I took action, I wondered why my photos were being used inappropriately.” Then I realized that nobody had ever tried to stop it. This is because we have grown accustomed to avoiding conversation. We’ll continue to suffer the consequences of our silence as long as this story continues to circulate. Nonetheless, enough is enough at this point.

Kubra Khan continued by saying she is “exercising my constitutional rights as a Pakistani and relying on our law to protect my dignity, and this is me saying what I want to say for all the hard-working independent women out there who are insulted daily.”

According to Khan wrote, “I’m not going to stand here and claim that I defended the rights of every woman everywhere, but I will say that I did it so that everyone, whether they’re a man or a woman, will know that it’s their right to speak up for themselves in the future.” I now surrender control to the courts and God. “I’ve made my point.”