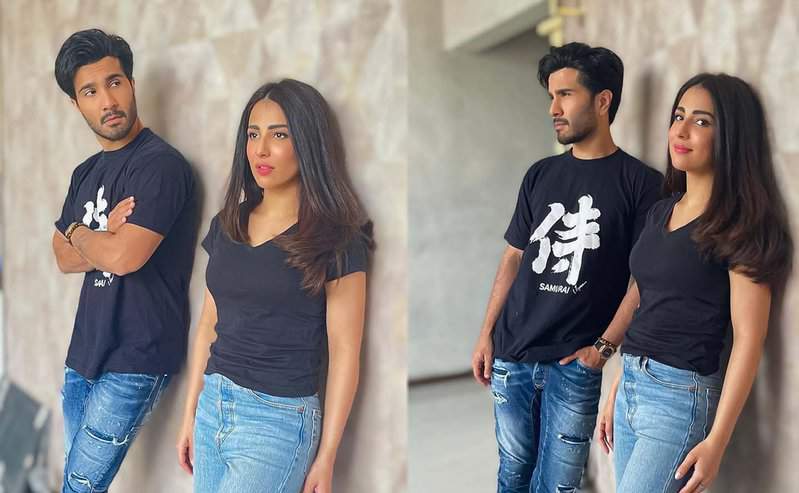 On the set of their next television series, stars Ushna Shah and Feroze Khan wear identical black t-shirts and blue trousers. Nothing else has been disclosed about this series beyond a few BTS clips.

Feroze Khan is the quintessential Pakistani drama business hottie, as seen by the long number of successes that he has amassed. In the beginning of his career, he worked as a VJ, but eventually became a well-known actor. His performance in Khuda Aur Muhabbat Season 3 has been much praised and applauded. Ay Mushte Khak, in which he stars with Sana Javed, is now at the top of the ratings because to his dynamic on-screen presence.

Ushna Shah is an outstanding actor and an animal rights activist all at the same time. Even though Ushna comes from a Hollywood family, she has established herself as a seasoned actor and earned a name for herself. In addition to Bashar Momin, Cheekh, Parizaad, Balaa, and Alif Allah Aur Insaan, the diva has been in a number of critically acclaimed drama serials. 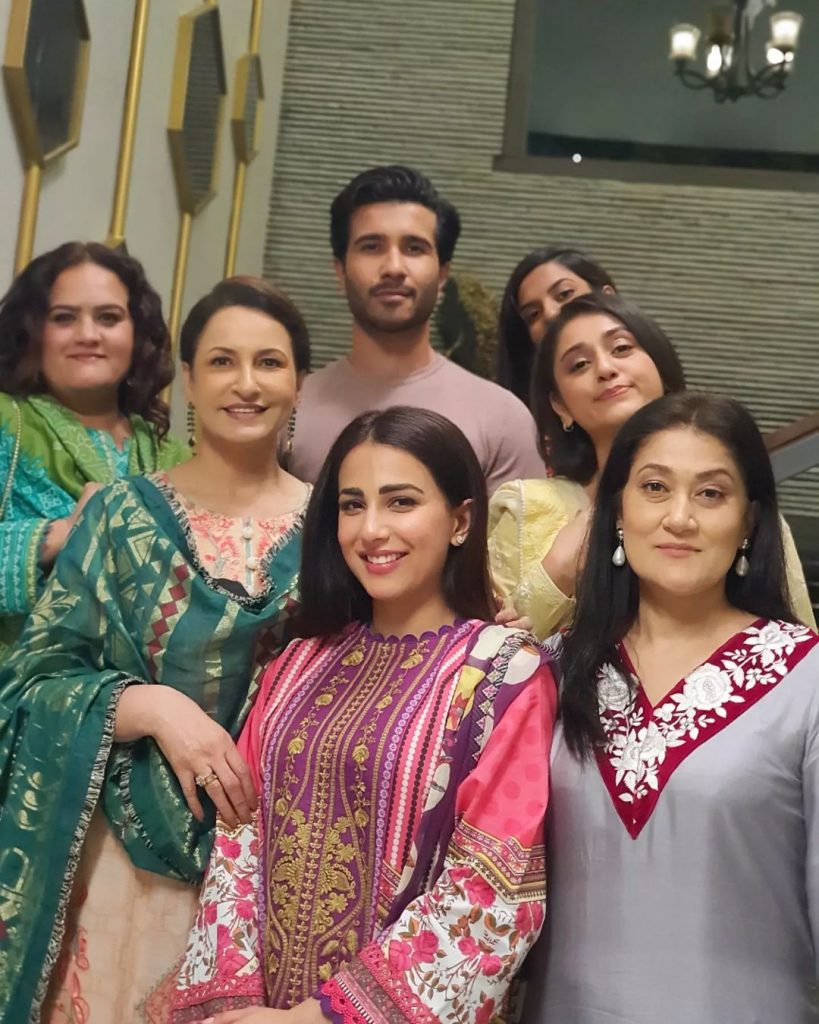 The pair’s social media photographs at the premiere of Parde Mein Rehne Do have gone viral, fueling speculation that they are dating. Feroze, on the other hand, has been constantly in the news since announcing that he was leaving the entertainment industry for religious reasons. Despite his little deeds, the social media moral police have a hard time judging him. In the past, he was widely mocked on the internet for drinking from a paper bag containing an alcohol bottle.

In a new initiative, the stars will shine brightly. A stellar cast including Saba Faisal and Isra Ghazal. The actors in the show are constantly posting behind-the-scenes photos with the slogan “fresh beginnings” on their social media pages. She also published several photos in which she seems to be twinned with Feroze Khan, a famous Pakistani actor.