On Tuesday, the border remained open for all Afghans carrying valid Afghan identity documents or proof of being a registered Afghan refugee resident in Pakistan, Afghan travelers and authorities told Al Jazeera.

Thousands of Afghans have entered Pakistan through the Spin Boldak/Chaman border crossing in Afghanistan’s southeast after the Afghan Taliban’s takeover of the country earlier this week, including patients seeking medical attention and freed Afghan Taliban prisoners.

Among those crossing into Pakistan, there appeared to be a visible sense of relief at the end of hostilities in a war that has lasted almost 20 years, claiming an estimated more than 47,000 Afghan civilian lives since 2001, according to UN data and research conducted by the US-based Brown University.

“There is currently no area where there is violence because all of Afghanistan is now in the hands of the Taliban,” said Abdullah, a resident of the city of Kandahar, who crossed into Pakistan on Tuesday.

“It’s peaceful now, and people are opening their shops, doing their business, and going to their jobs, as well. There are no difficulties now.”

Abdullah, who only uses one name, said that his hometown of Kandahar, a key conquest for the Taliban in its lightning offensive to retake control of the country from Afghan government forces during the last two months, was “under siege” several days ago.

“Things were very bad there, about four or five days ago there was a battle between the Taliban and [Afghan government] forces, and the whole city was under siege. But things are better now.”

Thousands crowded through a newly installed passage for Afghan travelers into Pakistan at Chaman, with people directed through a wire-link fence topped with barbed wire from the international border to a transportation hub located less than a kilometer away.

Many traveled with elderly relatives or others needing immediate medical attention, complaining of a lack of health facilities on the Afghan side of the border.

Sher Ahmad was one of those people, traveling from the city of Herat, more than 550km west of Chaman, with his younger brother, who suffers from a neurological condition.

“Recently many people are coming [to Pakistan] because there are no doctors there, they’ve all left since the war [ended],” Ahmad told Al Jazeera. “We have brought a patient with us to Pakistan who is in very bad condition.”

Of his native Herat, Ahmad said the Afghan Taliban were in complete control and that there were no further hostilities there.

“The whole area is completely under Taliban control and there are no issues,” he said.

Many of those gathered at the border told Al Jazeera that they were there to receive relatives who had been released from Afghan prisons by the Taliban. 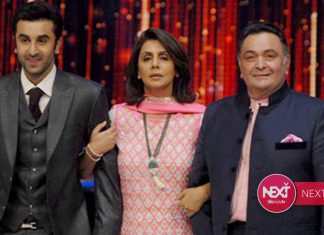 Sajjad Ahmed - May 17, 2020 0
Trolls and other self-appointed custodians of celebrities’ morals have expressed a collective outrage at seeing Ranbir Kapoor staying in his own apartment after his...