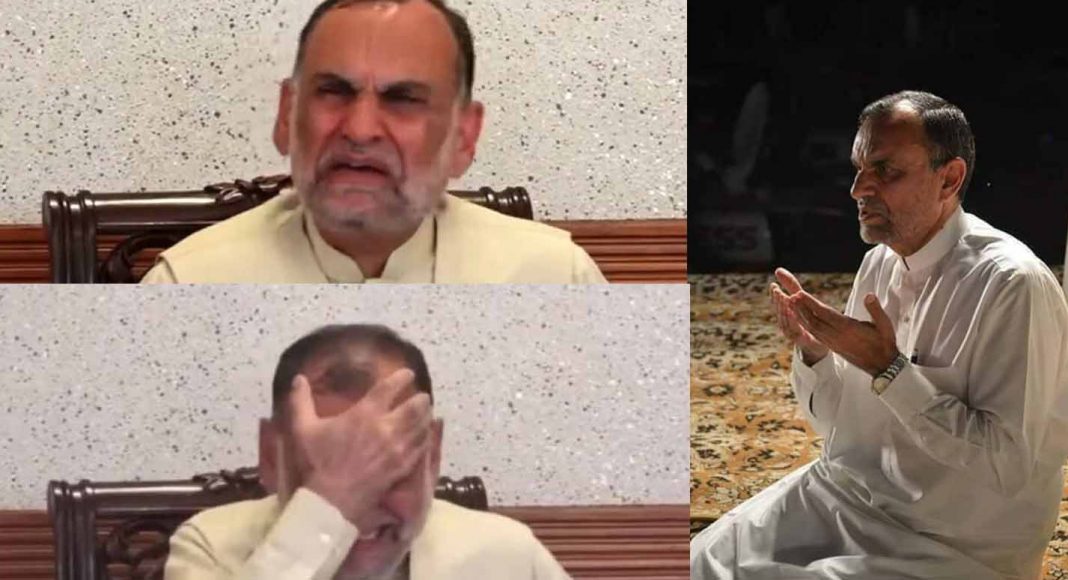 The Senate President has established a 14-person committee to investigate the AZAM SWATI case.

The Chairman of the Senate, Sadiq Sanjrani, released a statement on Saturday in which he harshly criticized the invasion of Azam Swati’s privacy, stating that the senator’s news conference had hurt him and that the discoveries regarding the recordings were “unfortunate.”

Sanjrani said that the PTI Senator is a trustworthy and well-liked person, so he made plans for Swati and his wife to stay at the Supreme Court’s judicial lodges in Quetta.

He insisted that every single senator was upstanding and treated like family. “As a Muslim and a Baloch, I am well aware of moral standards,” he said when he announced that a commission would be set up to look into how the film got out there.

Swati, in tears during the press conference, claimed that an unidentified caller had sent his daughter and wife a private video of him and his wife.

PTI leader: “My daughter said that her mother had been provided a video clip by someone from an unknown number, and you are in that video.”

Sajjad Ahmed - August 18, 2021
On Tuesday, the border remained open for all Afghans carrying valid Afghan identity documents or proof of being a registered Afghan refugee resident in...