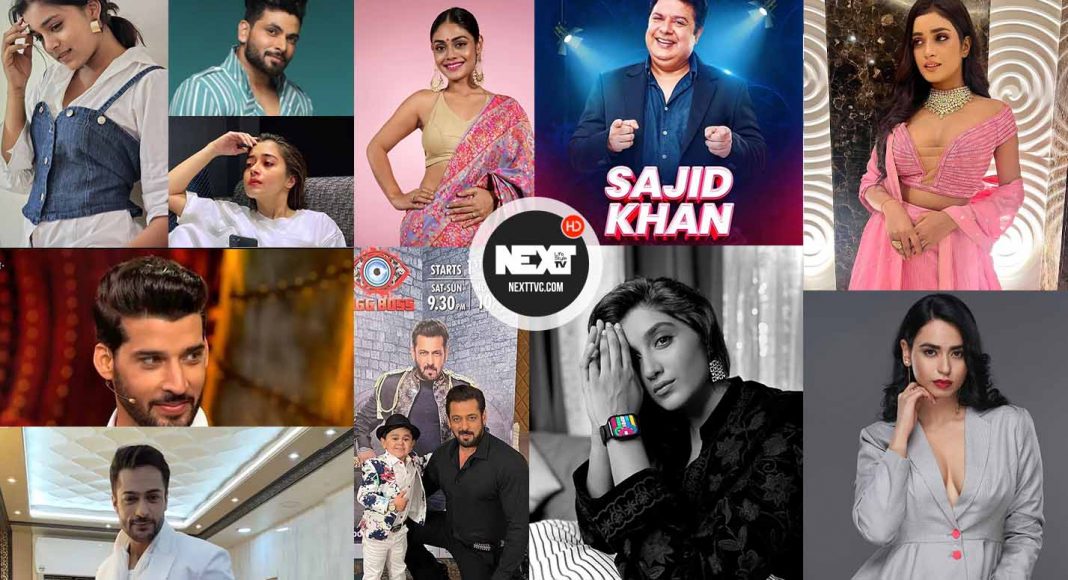 Fans are counting down the days until the premiere of Bigg Boss season 16, hosted by Salman Khan. Due to its novel premise, Bigg Boss has garnered a large and loyal fan base over the years. Season after season, fans of the show see recognizable faces competing for cash and prizes. Only the most resilient and astute competitors make it through to the final round.

Promos for the show, featuring host Salman Khan, have been released back-to-back in anticipation of the premiere of the sixteenth season. The creators continually shock viewers with unexpected plot turns in each new season. The same holds true in this instance. Season 16 of Bigg Boss will be different from previous seasons because Bigg Boss himself will be competing in the game alongside the contestants. When it comes to the contestants, the newest season of Bigg Boss features an intriguing mix of individuals who have been invited to live in the mansion.

Here are the 16 confirmed housemates for Bigg Boss:

It was during her time on the TV show Uttaran that Tina Datta became widely recognized as an actress; her portrayal of Ichcha is still fondly recalled today. This actress has been in numerous productions over the course of her career. In 2018, Tina appeared in the fictitious Indian web series Daayan and in the web series Naxalbari, both of which starred Rajeev Khandelwal. The actress then appeared in the seventh season of Khatron Ke Khiladi, a reality show based on stunts created by Rohit Shetty.

Shalin Bhanot is a well-known actor who has appeared in a wide variety of productions over the course of his career. He appeared in a number of popular television shows, including Naagin, Do Hanson Ka Jodha, Suryaputra Karn, Nach Baliye, and Yeh Hai Aashiqui.

TV star Gautam Singh Vig is a household name. He has appeared on shows like “Saath Nibhaana Saathiya 2,” “Pinjara Khubsurti Ka,” “Tantra,” “Naamkarann,” and “Ishq Subhan Allah,” among others.

Sumbul Touqeer is a well-known TV actress who shot to fame thanks to her role in the long-running soap opera Image. The actress’s on-screen pairing with Fahmaan Khan was a fan favorite. Sumbul has been in a number of shows before Image, including Chandragupta Maurya, Ishaaron Issharon Mein, and Waaris.

In 2017, Shiv Thakare competed on the popular reality show MTV Roadies Rising, and he made it all the way to the semi-finals. After that, he had a starring role in The Anti-Social Network, which aired on MTV. Soon after, Shiv appeared in the second season of the Marathi version of Bigg Boss. With his forthright play, Shiv was voted the winner of Bigg Boss Marathi Season 2 and was awarded the trophy and Rs 17 lakh.

Manya Singh, the newly crowned Femina Miss India 2020, shot to fame after her victory. The model has endorsed several well-known brands and has walked the runway for numerous renowned designers. Because of her success, she is now a well-known celebrity with a large group of fans.

Soundarya Sharma, who debuted in Bollywood with “Ranchi Diaries,” will reportedly be a contestant in the upcoming 16th season of Bigg Boss.

Nimrit Kaur Ahluwalia, a former contestant for the title of Miss India, is now a well-known face in the world of television. Her initial success came from the success of her show, Choti Sarrdaarni. An article in the Indian Express claims that the actress will also appear in the 16th season of Bigg Boss, hosted by Salman Khan.

Sreejita Dey is a renowned actress who has appeared in a wide variety of TV series, including Uttaran, Piya Rangrezz, Nazar, and many more. Bigg Boss 16, hosted by Salman Khan, has reportedly invited Sreejita to participate. An on-screen reunion between Sreejita Dey and Tinaa Datta, who co-starred in the film Uttaran, would be exciting.

It’s worth noting that Pinkvilla broke the news about Shalin Bhanot’s appearance on the show first. The premiere episode of Bigg Boss 16 will air in two parts on Saturday, October 1 at 9:30 PM and 8:15 PM.

Sajjad Ahmed - February 17, 2020
Wikipedia, owned and supported by Wikimedia Foundation, is a website that is curated and managed by volunteers all across the globe. That means anyone...